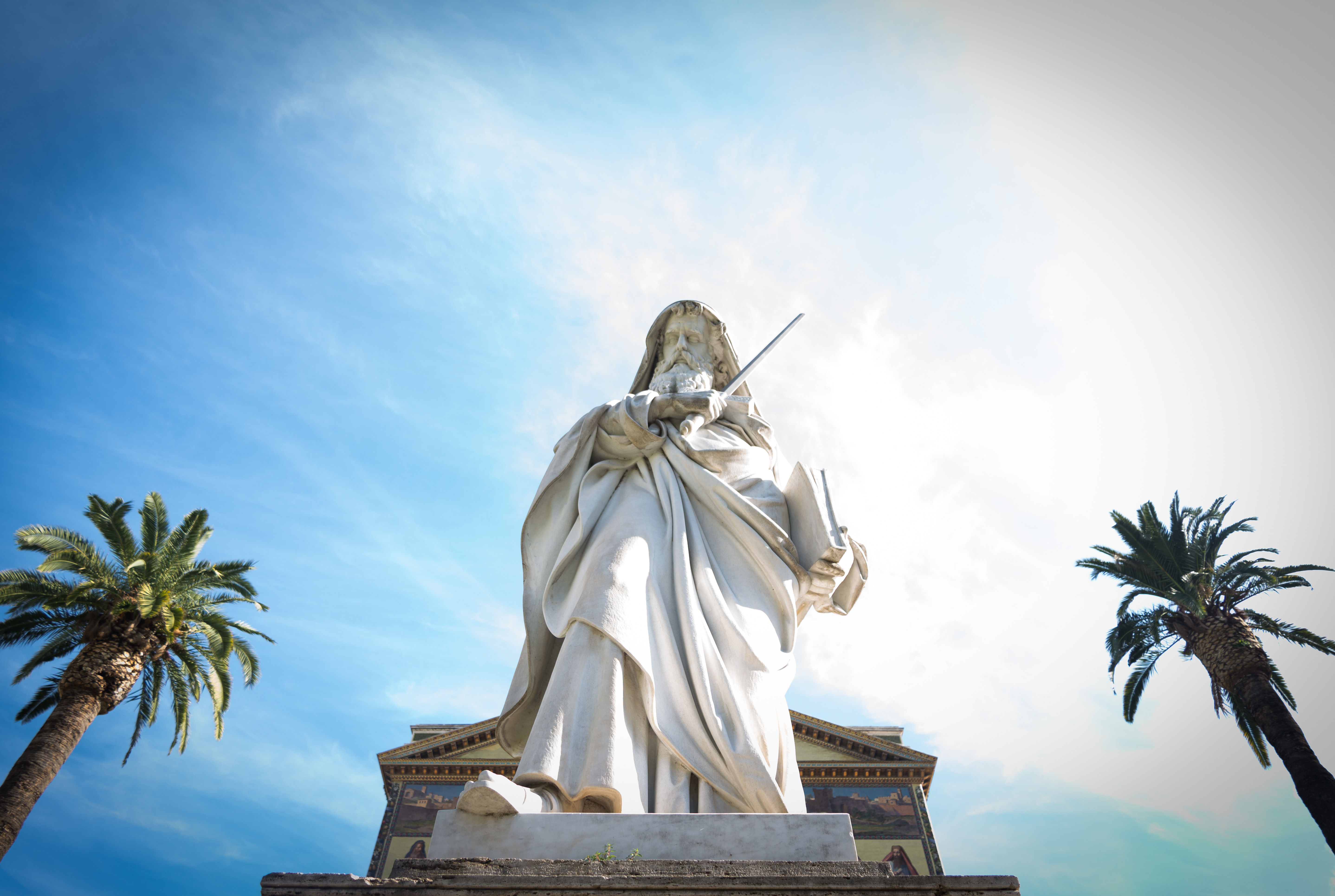 Saul becomes Paul. Are they the same person? Yes and no.

We know that Christ has come to make us a new creation. He makes the whole world new, and each of us new. He proclaims in today’s Gospel that his disciples will do things that were hitherto unheard of, like driving out demons, speaking new languages, overcoming poison, and healing the sick.

And we know that when Saul was knocked to the ground surrounded by a brilliant light and the voice of Jesus asked him, “Saul, Saul, why are you persecuting me?” he was never the same again. Blinded and humbled and stopped in his tracks from arresting followers of “the Way,” Saul was profoundly changed. So profound was this change that on recovering his strength he immediately began to proclaim in the synagogues that Jesus is the Son of God!

He is made new. In one moment, his cramped and somewhat self-righteous zeal for the Jewish faith has him chasing down Christians to arrest them. In the next moment, his radical new (Christian) self is worshipping with them and proclaiming the Truth of Jesus Christ. He is, in essence, a new creation. Even though he is the same man, he has been made new.

Did he receive a new name? Actually, he didn’t! We often think he did (and Jesus DID sometimes re-name people) because when we first encounter him in Acts he is called Saul, and we know him as Paul. Like many people in the Bible, he had two names: Saul was his Hebrew name, but he was also known by his Roman/Latin name, Paul. It seems he began to use his Roman name because it was the name the Gentiles would have been familiar with, and he felt called to preach to the Gentiles.

But he was certainly made new in Christ Jesus, as we all are!

We may not see a bright light or get knocked to the ground, but the Lord is always calling to us and always coming to us! He wants to convert our hearts and transform them to be like His Holy Heart, so that we become love, like Him. Where are the points in your life that God has stopped you in your tracks, prevented you from doing something, or changed your course? Has God ever blinded you by His Presence, given you a word or a question, directed your heart in a surprising direction?

There are many ways that God uses to confirm us in the faith and invite us into His glorious will for us. On this celebration of the Conversion of St. Paul, let’s ask him to help us make the small and large changes that will make us truly new in Christ.

Kathryn Mulderink, MA, is married to Robert, Station Manager for Holy Family Radio. Together they have seven children (including Father Rob), and four grandchildren. She is President of the local community of Secular Discalced Carmelites and has published five books and many articles. Over the last 30 years, she has worked as a teacher, headmistress, catechist, Pastoral Associate, and DRE, and as a writer and voice talent for Catholic Radio. Currently, she serves the Church by writing and speaking, and by collaborating with various parishes and to lead others to encounter Christ and engage their faith. Her website is www.KathrynTherese.com