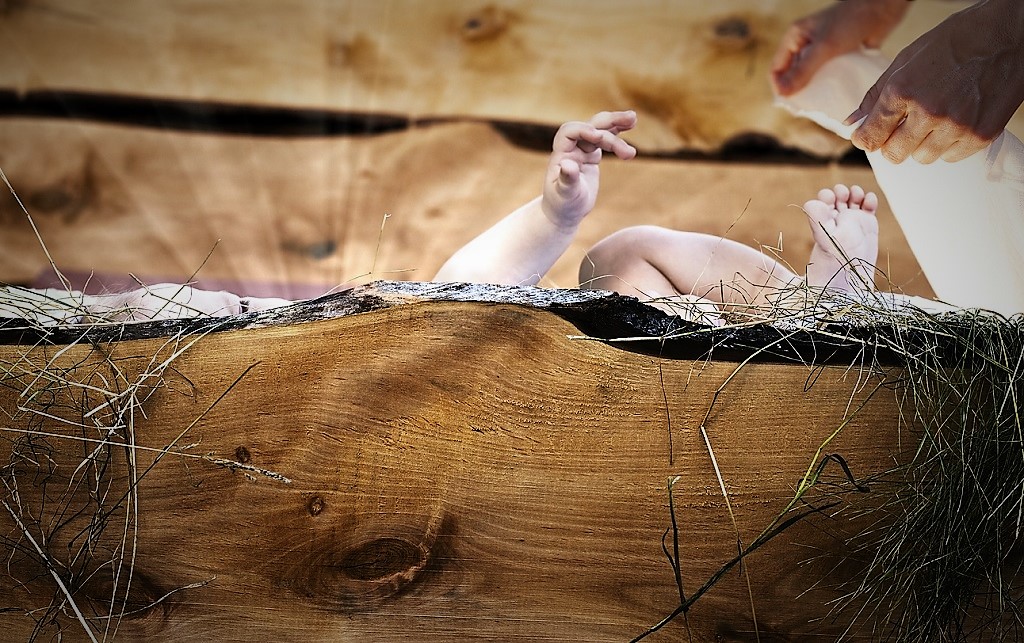 TODAY’S ADVENT REFLECTION FOR THE 3rd THURSDAY OF ADVENT, 2016

And the Word became flesh and made his dwelling among us.—John 1:14

That a baby who could fit in your arms is the maker of space and time is the most audacious claim made by any faith ever. So why do we believe it? Because Jesus taught us who he was, and he verified his claims with the most amazing miracle of all time.

Jesus wasn’t put to death for being a political activist. He was put to death for “blasphemy.” By his words and actions, he taught people that he was divine. From the very first days of the Church, the early Christians worshipped him as God.

How do we know those early Christians were right?

But the more he researched, the more he ran into a problem. Jesus’ Resurrection would hold up in court. If someone is tried for a crime, if there are eyewitnesses, he’s going to jail. And if every eyewitness is willing to die rather than retract his claim, the person on trial has no hope of staying out of jail! That’s what we have with the Resurrection. Jesus’ first followers didn’t die for a vague “belief.” They died gruesome deaths, from an upside-down crucifixion to being flayed alive, because they had seen Jesus risen from the dead. They wouldn’t have done that for a lie.

The love story that is Christianity is the best news imaginable, and the best part about it is that it’s real. Really real. There is a God. And although the story of faith is usually the story of man seeking God, what happened in Bethlehem two thousand years ago is God looking for us. Looking for you.

Chris Stefanick  is an internationally acclaimed author and speaker, who has devoted his life to inspiring people to live a bold, contagious faith. Archbishop Charles J. Chaput, OFM Cap calls Chris, “one of the most engaging young defenders of the Christian faith on the scene today.”  Chris is also the founder of Real Life Catholic, a Denver-based non-profit which operates as the headquarters for Chris’s various initiatives. Above all, Chris is proud to be the husband to his wife Natalie and father to their six children. To learn more about Chris’s work, please visit: www.RealLifeCatholic.com. 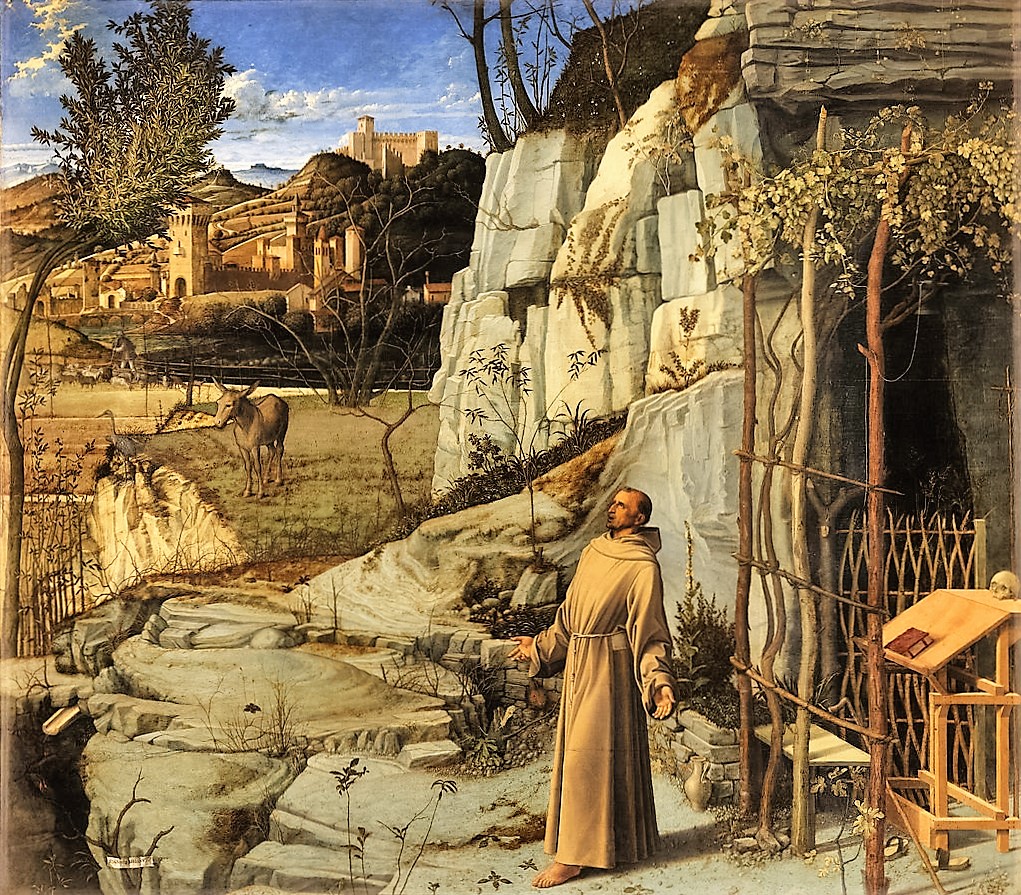 Tomorrow (October 4) is the memorial of St. Francis of Assisi. St. Francis played a major role in reforming the Church, founded an order of male and female religious, and received the gift of the stigmata. He was not a priest, but his fervor for spreading the Gospel took him places he never had imagined as a young man.

The world seems to”know” St. Francis as a guy who liked animals. He tends to be pictured with birds or a dog (it’s really a wolf!), and many people don’t really get much further than that in terms of getting to know this great saint. To imagine him as a Catholic Dr. Doolittle does him (and God) a great disservice.

Many times we read of saints who seem to have been pious since birth. Francis was not that guy. Born to a wealthy family, Francis was what we might today call a “party animal:” he loved song, women, wine. He had no interest in his father’s business (his father bought and sold cloth to be made into fine garments for the wealthy.) Francis did have one dream: to be a knight. One can easily image how the knight would be a “superhero” to a young man at this time: the armor, the sword, a fine horse and the victory of battle.

When Francis was about 20, Assisi and Perugia were at war – a petty war, but war nonetheless. Francis answered the call to defend his city. However, Francis was injured and taken captive; he was in captivity for about a year. After his release, he suffered a long illness. It was during this time that the dreams of knighthood changed to dreams of Christ, from dreams of the life of a soldier to the life of a Christian.

While lying helpless, a voice seemed to tell him to turn back, and “to serve the Master rather than the man.” Francis obeyed. At home he began to take long rambles in the country and to spend many hours by himself; he felt contempt for a life wasted on trivial and transitory things. It was a time of spiritual crisis during which he was quietly searching for something worthy of his complete devotion. A deep compassion was growing within him. Riding one day in the plains below Assisi, he met a leper whose loathsome sores filled Francis with horror. Overcoming his revulsion, he leapt from his horse and pressed into the leper’s hand all the money he had with him, then kissed the hand. This was a turning point in his life. He started visiting hospitals, especially the refuge for lepers, which most persons avoided. On a pilgrimage to Rome, he emptied his purse at St. Peter’s tomb, then went out to the swarm of beggars at the door, gave his clothes to the one that looked poorest, dressed himself in the fellow’s rags, and stood there all day with hand outstretched. The rich young man would experience for himself the bitterness and humiliation of poverty.

St. Francis became a man of poverty. It was not simply a poverty of belongings or money, but a deep spiritual poverty. He strove to empty himself of sin, and to be nothing more than a “troubador for Christ.”

Francis wandered outside the city of Assisi, sleeping where he could and begging for food. He prayed, studied Scripture, and sought advice from holy men. Near San Damiano, Francis found a small church in ruins. Hearing the voice of God saying “Francis, rebuild my church,” Francis began the arduous task of putting brick upon brick in order to rebuild this church. Other men began joined him, and the Order of Friars Minor was born. Poverty was a mainstay of this order: they lived a radical poverty so as to be more and more like Christ.

As Francis matured, the order to “rebuild my church” became less and less literal and more about preaching the Gospel to all. Francis and his friars (both priests and deacons) traveled from town to town, preaching the good news. Francis desire to serve God took him across Europe, even to speak to the Sultan of Egypt in an attempt to bring peace but to bring the Gospel to Egypt.

When he was brought before the Sultan and asked his errand, Francis replied boldly, “I am sent by the Most High God, to show you and your people the way of salvation by announcing to you the truths of the Gospel.” Discussion followed, and other audiences. The Sultan, somewhat moved, invited Francis to stay with him. “If you and your people,” said Francis, “will accept the word of God, I will with joy stay with you. If you yet waver between Christ and Mohammed, order a fire kindled and I will go into it with your priests that you may see which is the true faith.” The Sultan replied that he did not think any of his imams would dare to enter the fire, and he would not accept Francis’ condition for fear of upsetting the people. He offered him many presents, which Francis refused. Fearing finally that some of his Moslems might desert to the Christians, he sent Francis, under guard, back to the camp.

Yes, there are indeed stories about Francis asking the birds to be quiet as he preached, finding a wolf that was terrorizing the town of Gubbio and asking the wolf to leave. However, St. Francis was not simply a man who spoke to animals; he regarded all of God’s creation as holy. His Canticle of the Sun praises creation not for the sake of creation, but to acknowledge that all creation praises God. It also reveals the joy that Francis had for Christ, a joy that carried Francis through many hardships.

St. Francis suffered greatly in terms of his own health, but he refused to stop preaching until he could hardly walk. In fact, his brothers needed to carry him to Assisi as he neared death. On his deathbed, he sang Psalm 141:

Do not let my heart incline to evil,
to perform deeds in wickedness.
On the delicacies of evildoers
let me not feast.
Let a righteous person strike me; it is mercy if he reproves me.
Do not withhold oil from my head
while my prayer opposes their evil deeds…
For my eyes are upon you, O Lord, my Lord;
In you I take refuge; do not take away my soul.
Guard me from the trap they have set for me,
from the snares of evildoers.
Let the wicked fall into their own nets,
while only I pass over them safely.

St. Francis of Assisi should be remembered as a man who lived a radical conversion to live in Christ. He answered Christ’s call to give up everything and to follow Him, and Francis led others on that same path. St. Francis loved God, and came to know God through all His creation. As the Church celebrates St. Francis, let us recall him through his own words: “Sanctify yourself and you will sanctify society.” If Francis managed this, so too can we.