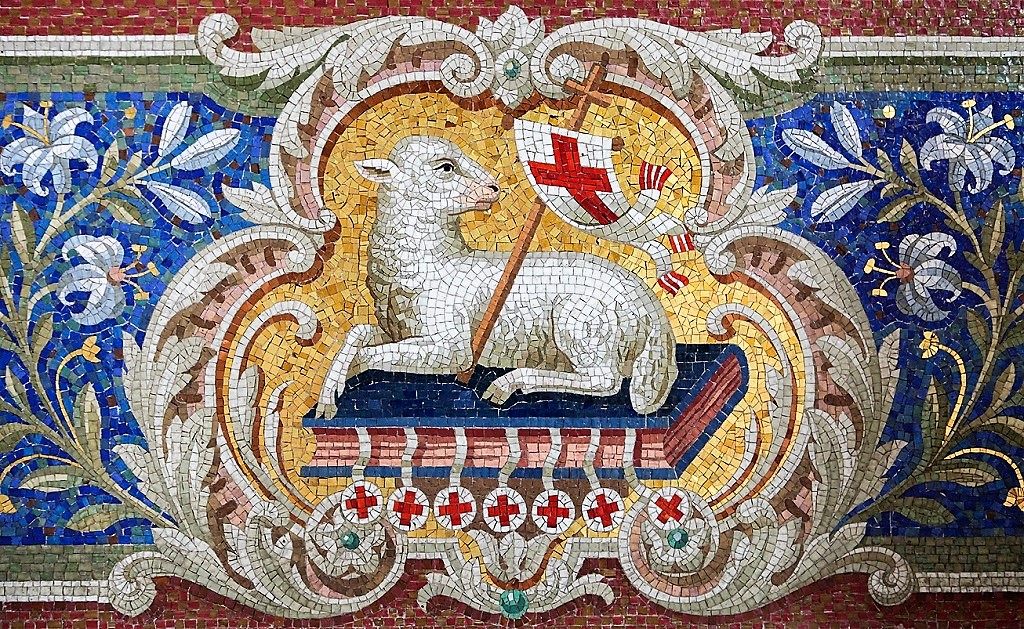 One of the first people to recognize Jesus as the Messiah was His cousin, John. When Mary journeyed to visit her cousin Elizabeth, Elizabeth’s baby leapt in her womb for joy, in recognition of the Messiah, quietly residing in Mary’s womb.

We have no record in Sacred Scripture of the relationship between Jesus and His cousin John as they grew up. Their relationship picks up as John begins his public ministry, calling people to repentance in order to prepare for the Messiah. However, it would not be hard to imagine that these two spent time together as boys, doing what boys do: exploring and hiking, finding creepy crawly things, helping their parents.

John’s role in salvation history is quite important, as author Jimmy Akin points out:

He served as the forerunner or herald of the Messiah and was to prepare for him by fulfilling an Elijah-like role by calling the nation to repentance.

In keeping with that, he baptized people as a sign of their repentance.

He also came to identify and announce the Messiah. According to John the Baptist: “I myself did not know him; but for this I came baptizing with water, that he might be revealed to Israel” (John 1:31).

In the Gospel reading yesterday, John the Baptist makes a bold proclamation to his followers. He points out Jesus and cries out: “Behold, the Lamb of God!” Jesus, he tells those gathered, will take away the sins of the world, and that the Spirit of God has made known to John that Jesus is the Son of God. John’s boyhood friend and cousin is the Messiah, the one who will save us all from sin and death.

To our ears, “Lamb of God” may seem like an unusual phrase. To Jews however, this phrase is quite familiar, and very important. This image is at the heart of the Jewish covenant story, as God brought them out of Egypt and slavery. Fr. Aaron Kuhn:

The original lamb was sacrificed during the time of Moses (1393-1273 B.C.), and its blood marked the doorposts of the Israelites and saved them from the last plague, the angel of death passing over the city and killing every firstborn child and animal (Exodus 12). The body of the lamb was eaten as a sacrificial rite. The blood of the lamb saved the people from death.

The gospel of John the Evangelist—the Beloved Disciple—which we heard today is a Passover message.  At the beginning of the gospel, Jesus is presented as the new Passover lamb, taking the place of the traditional lamb during the celebration of the Passover meal and instead offering his body as food and his blood to save us from death. “I am the living bread come down from heaven; whoever eats this bread will live forever; and the bread that I will give is my flesh for the life of the world … unless you eat the flesh of the Son of Man and drink his blood, you do not have life within you … my flesh is true food, and my blood is true drink” (John 6:51, 53, 55).

In his first letter to the Corinthians, St. Paul’s words seem to fit this scene of John’s declaration quite well:

For we know partially and we prophesy partially, but when the perfect comes, the partial will pass away. When I was a child, I used to talk as a child, think as a child, reason as a child; when I became a man, I put aside childish things. (1 Cor. 13: 9-11)

John the Baptist knew that his role in salvation was “partial:” his job was to point the way to the “perfect,” Jesus Himself. These boyhood friends now had to step into the roles God had created for them: prophet and Messiah. Just as they had to put away childish things, so must we. Our faith in the Lamb of God must always be growing, always deepening. “Behold! The Lamb of God!” Our own hearts must cry out for Him, our souls’ greatest desire. Our lives must always point the way to Him, our salvation, so that others may also come to know and believe.