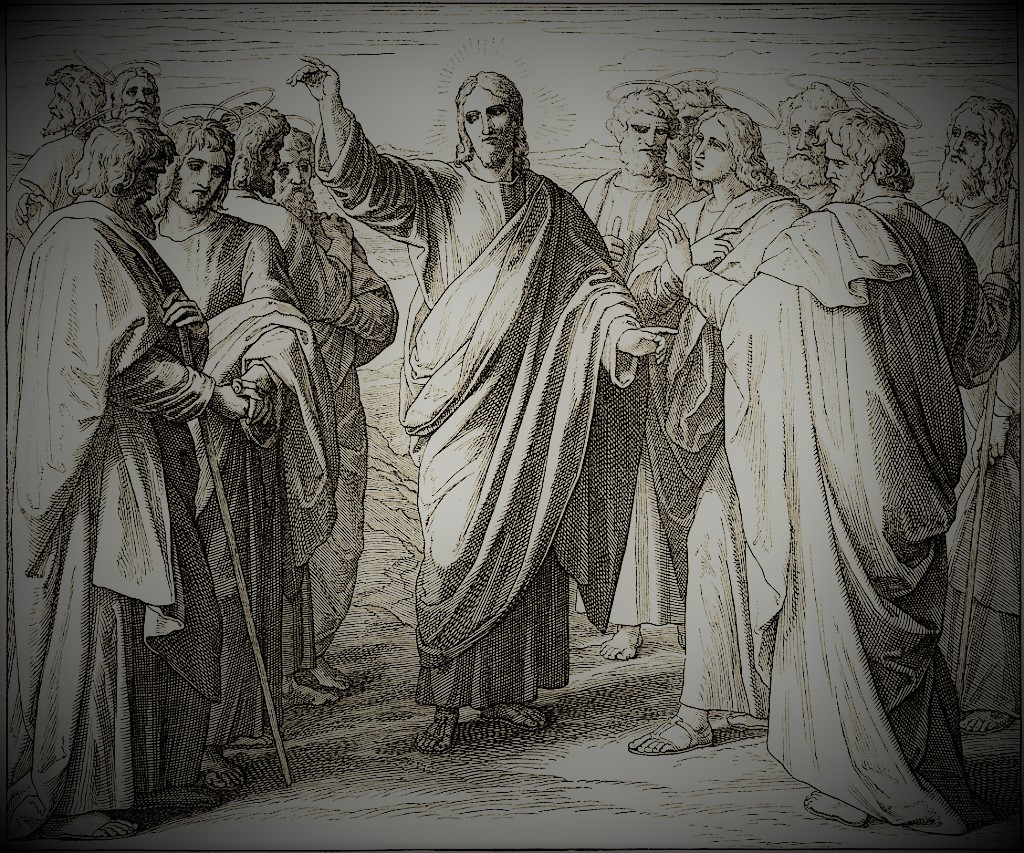 His hour had not yet come.  The “Jews”( codeword in the Gospel of John for that subset of Jewish people who opposed Jesus), were out to get Jesus.  They wanted to kill him, to wipe him from the face of the earth, to put an end once and for all to this one who was obnoxious to them.  Our reading from the Book of Wisdom reveals harshly to us the mind of those who wish to kill God’s Just One.  Wisdom also tells us that those who do so think themselves able to put God to the test, able to thwart the plans of God.

His hour had not yet come.  They had tried to arrest him, they had forced Jesus to move about in a hidden way.  And yet he was still recognized, the people still knew who this Just One was and that he is the Christ.  What would someone have thought who was there, who saw Jesus in Jerusalem for the feast of Tabernacles?  He was not, at least for the moment, teaching on the mountaintop or in the Temple, but he was still clearly the Christ, the one sent by the Father.

His hour had not yet come.  The Jewish authorities, those who opposed Jesus, thought that they were in charge.  This pattern had repeated itself many times: a prophet arises, a bunch of desperate people follow him, the prophet is killed, the story ends.  In the minds of those in charge, Jesus was nothing more than another instance of this story, and they were in charge of the ending.  Time to take charge and end the story.

His hour had not yet come.  Even the people had doubts about Jesus.  “But we know where he is from.  When the Christ comes, no one will know where he is from.”  The Christ is supposed to be unknown to them, someone with an enigmatic history and a story that does not look like the story of our lives.  Somehow or other the Christ, the anointed one of God, the savior, is supposed to be drastically different than the rest of us, a Superman figure.  But they know that Jesus is from Nazareth, and that he is the son of Joseph and Mary.  This must rule him out.

His hour had not yet come.  Jesus reminds us that God is in charge.  The will of the Father will not be thwarted, will not be undone.  Nor will the plan of God bend to the ordinary rules of human engagement: politics and power and expectation.  In the plan of God, Jesus was not supposed to be arrested yet, he was not supposed to die yet.  And so he did not.  Perhaps the story really is that simple: God has not willed it, it has not happened.  Period.

His hour had not yet come.  What happens when his “hour” does come?  What then?  Is God still the one in charge?  Or does he cede control to someone or something else?  Is the plan of God still moving forward at that “hour”?  No one laid a hand upon him, because his hour had not yet come.  Soon enough, they will lay a hand upon him, and much more than that.

Fr. Scott Nolan is a priest of the Diocese of Grand Rapids and serving as the Pastor of St. Stephen Parish in East Grand Rapids, MI.