Today is the memorial of Saint Angela Merici  (and my wife’s birthday.) Perhaps you have heard of Saint Angela or know very little about her. One of our daughters that writes a blog here attended and graduated from Brescia University a few years ago that was run by the Ursuline Sisters. That order was founded by Saint Angela Merici, which is the oldest women’s order on the planet.

Saint Angela seems to be a secret in the church, at least in the USA. She grew up in Italy during a very difficult time. It was also the time of Saint Charles Borromeo, Bishop of Milan. Angela was a friend of the very rich and the very poor.

I used the word secret because Jesus used that word in today’s Gospel. Jesus was rapid fire in his talk today! First, he asks if you put a lamp under a bushel basket or a bed? Then, “nothing is secret except to come to light”. And, “anyone who has ears to hear ought to hear.” Then, “take care what you hear”. In a way, Jesus is telling us what to do and what not to do.

When I read the word secret, I flashed back to two things. First, many years ago someone told me that I should make a general confession. I wasn’t even sure what that was. I prayed about it and followed through on the Feast of Saint Ambrose. Gulp! It was a very difficult thing to do! It is revisiting one’s past sins and telling them to a priest in confession. Now I know if those sins were confessed before then they are in the past and do not need to be resurrected again. I’m still not sure if it was the right thing to do, but so be it.

The second thing is when we belonged to Saint Jude Church, we would have a Men’s Retreat every January. If you have never been on a weekend retreat, then you are in for a surprise! Jesus walks into the retreat whether you are ready or not. (A Cursillo is a good example. Try it, you will like it.) During those retreats, we always had confessions. Our attendees were from very young adults to the elderly. Saturday evening seemed to be the time when the Holy Spirit really did some work. We had one gentleman that hadn’t been to Reconciliation in over 30 years. The joy was overwhelming. His secrets were totally forgiven. He was a new man.

So I ask you, do you have secrets that should have been confessed by now? This is a great time to bite the bullet and to just do it. Saint Angela was a dear friend to many. She had heard their secrets as she counseled them. I’m sure she led them to the nearest priest to be absolved of the darkness that they had carried for so long. I am sure you all have heard of Divine Mercy. It is free,  and it is waiting for you in the confessional. 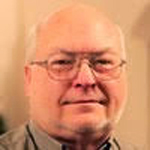