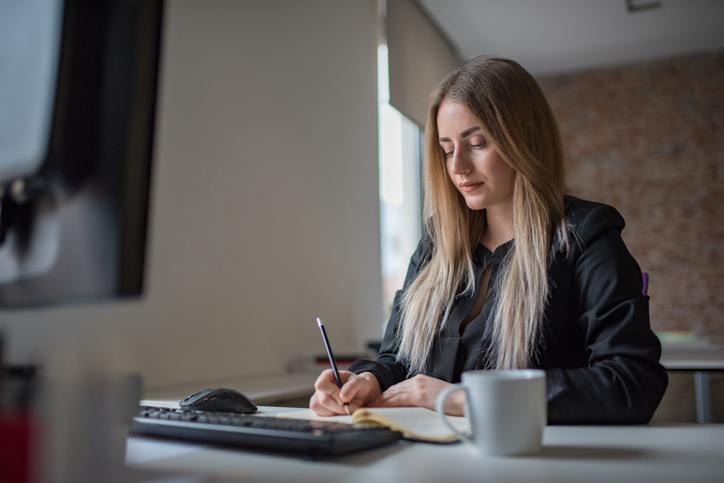 I will start with a confession: I’m a junkie, and my drug of choice is English mystery shows. Foyle’s War, Grantchester, Single-Handed, Christie… the list goes on and on. I like them because what they show is people in stressful situations, and that always ups the ante, so to speak, on human interest.

Plus, I love the accents.

In re-watching Broadchurch recently, a drama that deals eloquently and respectfully with a village torn apart by a child’s murder, the grieving parents go to the local priest and say, “We prayed and prayed! Why can’t we find peace?” And the priest replies with compassion and love and a little sadness, “Sometimes God doesn’t give us what we ask for. Sometimes he gives us what we need.”

I’m very struck by the story within the story of today’s Gospel when Jesus—already hurrying on his unquestionably important mission of raising a child from the dead—stops when he feels someone touching his garment. A woman has touched it, a woman with a terrible disease, and believing she would be healed, she reached out to him. Matthew’s account of this encounter is shorter than that of the other evangelists, but we still get the idea. She believed him to be a healer—a good thing—but she also didn’t really see much beyond what she was asking for. I want to be healed. I want to be out of pain. I know you have some kind of magic. You don’t even have to turn around. I just want to be healed; that’s all.

She wanted health; she would have been quite contented to have had no more to do with him, if she could only have been cured and then slipped away from the crowd. She had her prayer list: “I want this… and this… and this…”

But Jesus isn’t about lists, and, as the priest in the other story observed, sometimes we don’t get what we want, but rather what we need. In this case, the woman got both. She got what she wanted, instant healing, which in turn may have made her more open to what Jesus subsequently observed she needed: faith in the healer.

Probably accustomed to slinking around—any disease having to do with blood would have automatically made her unclean—she was now suddenly in the spotlight. Jesus stops, he turns. The crowd around him stops too, probably disgruntled: they thought they were on their way to a resurrection. Everyone is staring at her. There are probably some unkind words said. But Jesus, having caught her in her part of the bargain, now seals his: you took a risk, he tells her. Now you’re well. What’s next?

Even if we get what we want, even when we get what we want, there’s always a “what’s next?” God isn’t a benevolent Santa Claus in the sky, happy to hear what we want and give it to us, his only reward a plate of cookies and a glass of tepid milk. God could have originated the adage “to whom more is given, more is expected.” You have been healed; is your life the same?

Of course, it isn’t for us, any more than it was for her. Matthew is brief in his description, but Mark goes into more detail. In his version, the woman stands up, only to then throw herself at Jesus’ feet. She got her healing, but she got so much more besides. She didn’t slink away. She didn’t cover herself in shame. She became a follower of Jesus. There was no real connection between touching the robe and healing, but the woman thought there was, and so Christ stooped to her childish thought, and allowed her to prescribe the form his mercy should take. He gave her what she wanted. And then, by acknowledging her, by—shockingly—speaking directly to her, he gave her also what she needed: the opportunity to take the pathway to eternal life.

My dearest friend Caren is struggling in a job that has become increasingly toxic. She has education, years of experience, immense qualifications. For over a year she’s been sending out her résumé, and every time a company seems interested, something dramatic suddenly happens. The company is acquired by another one. There’s a freeze on hiring. Some reorganization is going on. Meanwhile, things at her current job are going from bad to worse, as her department is being phased out altogether.

She keeps asking God—no, imploring God—to help her secure a new job. For reasons far beyond our understanding, he apparently is saying no. Or not yet. We don’t know.

God isn’t giving her what she wants, what she’s asking for. Is he giving her what she needs? In some convoluted way, that’s what we’re being called to believe. That is the essence of faith. To touch the garment. To take the setbacks. To not see where the road is going, but to trust it’s going somewhere. To put away the list of things we want and sit for a time with what we have and then ask, humbly, for the next best step.

On those English mystery TV shows I watch, this all gets resolved in an hour or so. In real life, it takes a little longer. I ask for your prayers for my friend. And for patience in your own lives. God really is at work in our world. We may not see it, but we know it. We have touched the garment. We have been healed… and so much more.