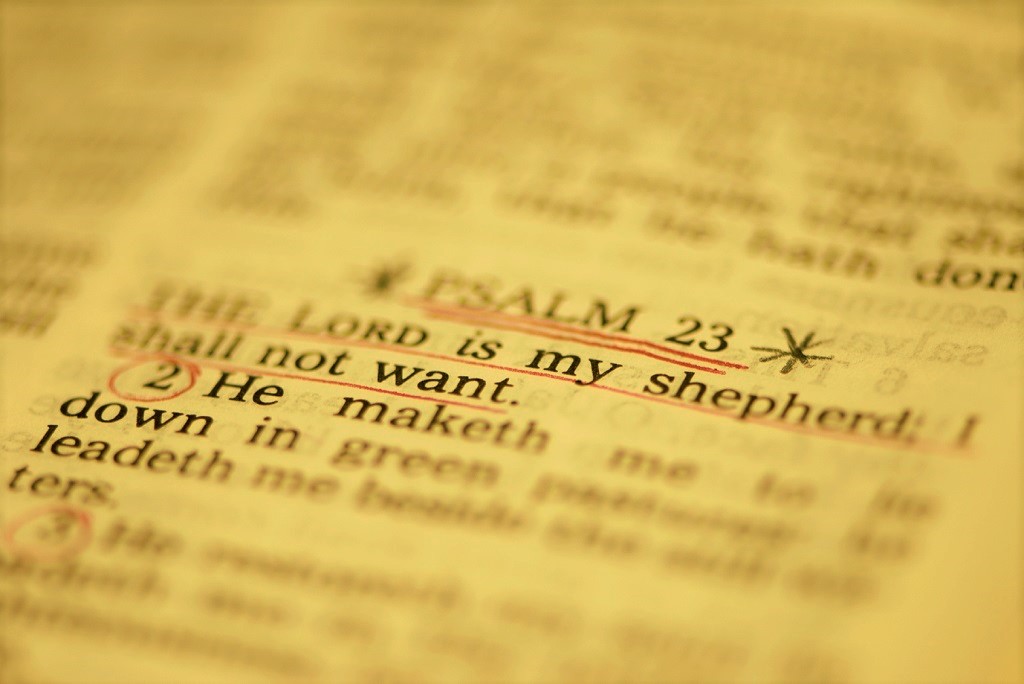 Traditionally, the Jews have referred to the psalms as “Hymns of Praise.” There are 150 psalms, most of which are attributed to King David. They are important in both Jewish and Christian writings, prayer and liturgies; artists have, for centuries, found them to be a source of inspiration.

The psalms are a form of religious literature. Some are hymns, some are prayers of thanksgiving, others adoration for God, and some “didactic” or a means of spelling out the Law, those rules that governed Jewish life. St Basil the Great describes the Psalms:

All Scripture given by inspiration of God is profitable, for it was written by the Spirit to the end that as it were in a general hospital for souls, we human beings might each select the medicine for his own disease . . . The prophets provide one kind of instruction, the historians another, the law yet another. But the book of Psalms contains that which is profitable in all of them. It prophesies of the future; it recalls history; it legislates for life; it suggests rules of action; in a word, it is a common storehouse of good doctrines, providing exactly what is expedient for everyone. . . . Therein is a complete theology; the prediction of the advent of Christ in the flesh, the threatening of judgment, the hope of resurrection, the fear of chastisement, the promises of glory, revelations of mysteries: all, as in some great public storehouse, are treasured up in the Book of Psalms.

As Catholics, the Psalms are part of every liturgy. They are a form of prayer that connects us to the covenant established by God with the Jewish people. Jesus prayed them, as did Our Blessed Mother and St. Joseph. Sarah Christmyer, an author and speaker, gives this advice:

Praying Scripture daily is a wonderful way to grow close to God. Before you begin, it is important that you decide on a regular time and place. And be sure to pray before you read.  If you can choose a favorite Psalm to pray each day before you start, you’ll find it engraved upon your heart after a while, ready to spring to mind whenever you need it.

Psalm 23 is likely the best known psalm in the world. Even those who don’t know a thing about the Bible have likely heard the words, “Even though I walk through the valley of the shadow of death, I will fear no evil, for you are with me; your rod and your staff comfort me.” Catholic singer-songwriter Audrey Assad took inspiration from this psalm for her piece, I Shall Not Want. Enjoy this piece, and then dig into the psalms a bit; may you will find comfort and peace. 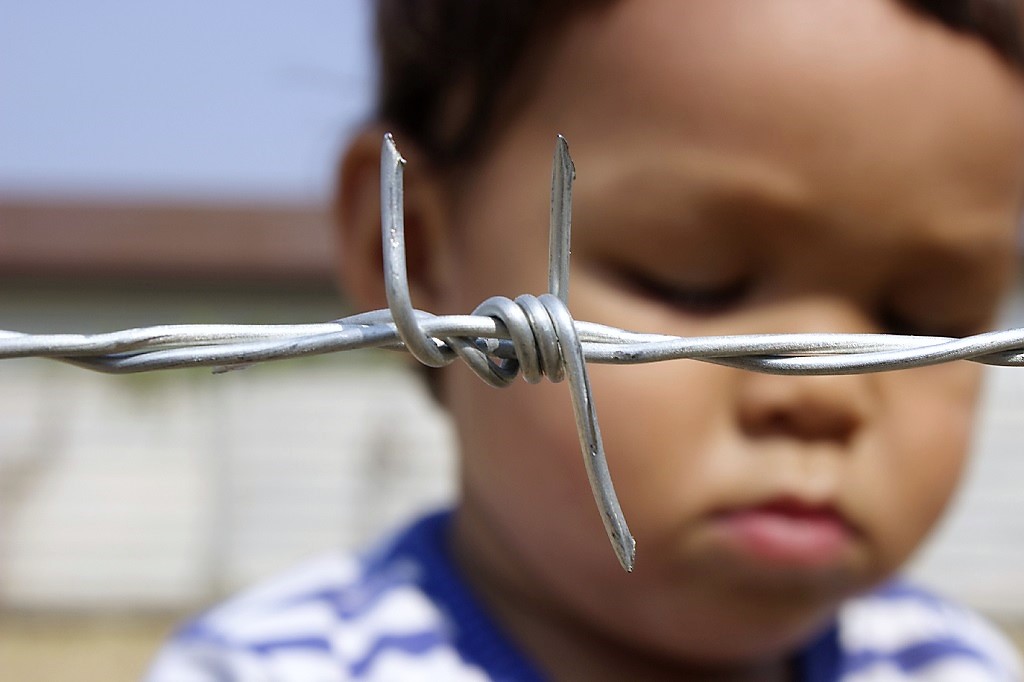 Most of us cannot begin to imagine what it is like to have your entire neighborhood, village, town leveled by bombs. What is it like to try and go out in search of water and food for your family, while dodging the bullets of snipers? Even worse, what is it like to have your wife, your daughters, your nieces taken as hostages and used as sex slaves?

There are millions of people today who know this reality. Pope Francis, in January of this year, addressed the refugee crisis.

The tragic stories of millions of men and women daily confront the international community as a result of the outbreak of unacceptable humanitarian crises in different parts of the world. Indifference and silence lead to complicity whenever we stand by as people are dying of suffocation, starvation, violence and shipwreck. Whether large or small in scale, these are always tragedies, even when a single human life is lost.

The pope says that people should never be forced from their homes, and the world community should do everything it can to stop forced migration. No one, the Holy Father says, should be forced to flee “poverty, violence and persecution.”

On the other hand, the world currently has millions of people who have been forced to leave their homes unwillingly. Last week, Pope Francis received the Charlemagne Award, an award given to those who promote European unification. He was quite critical of countries who were taking rather extreme measures to keep refugees from their countries:

We, the heirs of their dream, are tempted to yield to our own selfish interests and to consider putting up fences here and there,” Francis continued. Today, more than ever, he added, “their vision inspires us to build bridges and tear down walls.

It helps to understand a huge problem such as this by looking at just one person, one family. Catholic singer/songwriter Audrey Assad wrote recently about her family’s experience as Syrian refugees. Her father was born in Damascus, raised by a single mother who had left her husband due to his alcoholism. As a boy, her father slept on a door that rested on cinder blocks. He and his two siblings regularly stood in line in soup kitchens. After a move to Beirut, Assad’s grandmother sought refugee status and a move to the U.S.

When the family of four landed at Newark airport, they found themselves awash in a sea of unintelligible English and foreign faces. They were met by a man who’d heard of their situation through the Christian Missionary Alliance church, and he graciously put them up at his house for a week. Over the course of those first seven days in the United States, my grandmother found a small furnished apartment, while my father and uncle found jobs operating sewing machines at a small handbag factory in Union City, New Jersey. When my father would get done with work, he’d sit at home watching Mork & Mindy or Gilligan’s Island to improve his English.

Within a year he’d tired of the work in the handbag factory and felt he was being mistreated by his employers, so he quit. He went to visit the man who’d sponsored him as a child in Syria and asked him for help. That man offered him an entry-level job at his State Farm Insurance agency, and my father agreed. He grew to like the business, and worked his way up through the ranks in the office to become their top salesperson within five years. After a decade, my father was State Farm Insurance’s top-selling agent in the nation. But despite all of his success, State Farm wouldn’t give my father his own agency because he didn’t have a college degree. So instead, my father rented an office in New York City and struck out on his own — and he operates that company to this day.

We’re a people of ideals because we’ve had to be, but I believe this contributed to whatever it is that makes America truly great. I can say this much: I am who I am and I do what I do because my family decided to come here, and in doing so they were invited to make their own way in this wide country. I’m here and I’m still in this creative, financially unpredictable and high-stress business of making music, because my father taught me how to dream, believe, do, repeat. He is my perfectly imperfect hero. I’m so very proud and thankful to be the daughter of Roy Assad, Syrian refugee and citizen of the ‘land of the free and the home of the brave.’  Thank you, America, for welcoming us. We’re so happy to be here.

How many of our ancestors arrived here in the U.S. as refugees? Perhaps yours fled a food-starved Ireland or a war-torn Poland. Maybe your family came here seeking religious freedom. We are a nation built on the broad shoulders and tired feet of refugees. We romanticize the stories of refugees (think Sound of Music), but the hard realities often frighten us. Yes, we must have order and law in regard to refugees, but as Pope Francis has said,

Solidarity with migrants and refugees must be accompanied by the courage and creativity necessary to develop, on a world-wide level, a more just and equitable financial and economic order, as well as an increasing commitment to peace, the indispensable condition for all authentic progress.

As Christians, perhaps the best thing for us to remember is that Jesus Himself was a refugee: [T]he angel of the Lord appeared to Joseph in a dream and said, “Rise, take the child and his mother, flee to Egypt, and stay there until I tell you. Herod is going to search for the child to destroy him.” Joseph rose and took the child and his mother by night and departed for Egypt. (Matthew 2:13-14)