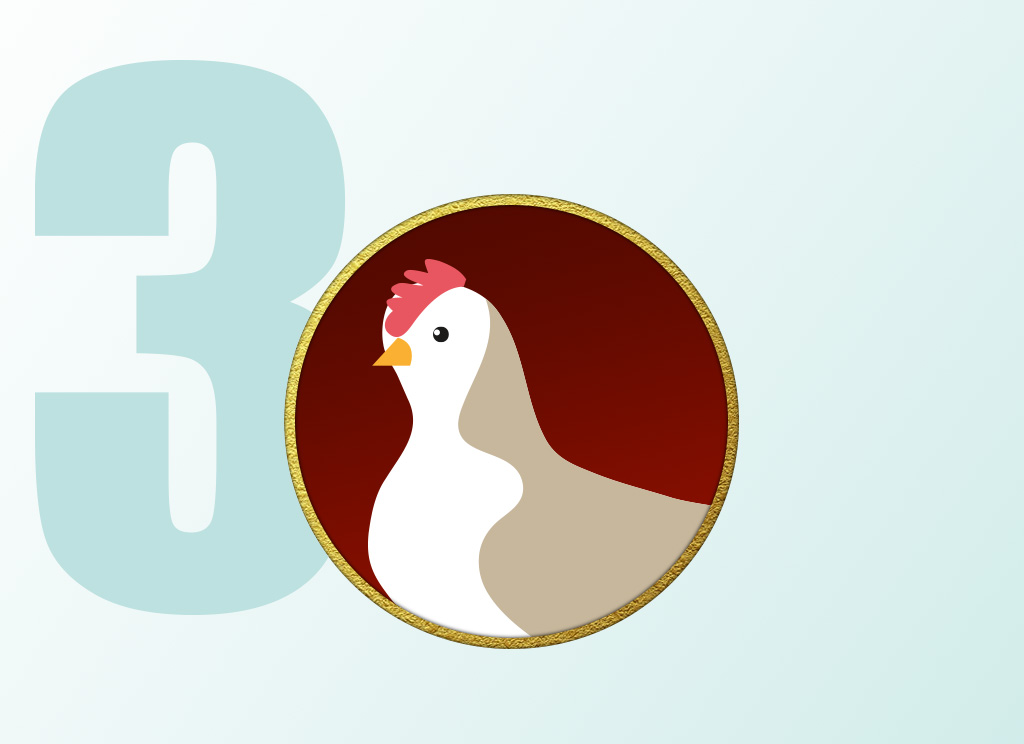 On the third day of Christmas my true love gave to me, three French hens

Today is the feast of St. John, apostle and evangelist. John, along with his brother James, were called “sons of thunder” in the Gospels. Maybe they had thundering voices, or were known to have bold personalities. Jesus saw something in these two, as He invited them to become His Apostles.

Jesus’ call changed John’s life forever. He became the “beloved” disciple, and was with Jesus for the Transfiguration, but also for Jesus’ Passion and Death. The only Apostle to stay with Jesus throughout the crucifixion, Jesus asked John to care for our Blessed Mother following her son’s death. John is also understood to be the author of the Book of Revelation, a book of visions into the heavenly banquet that awaits us.

John certainly had faith. He believed that Jesus was who He said he was: the Messiah. John gave up everything to be with Jesus, to learn from Him, to understand how God was creating a new covenant and that the whole world needed to hear this message. His faith was so unshakeable that he remained with Christ as He died; he refused to hide as the other Apostles did.

John was a man of hope. As he stood at the foot of the cross, comforting Mary, John had to recall all that Jesus had taught the Apostles. He had to have hope that the cross was not the end, no matter how terrible and ugly it was.

John loved. He loved Jesus. He loved Him as his Messiah, but also as his friend. John’s relationship with Jesus should be a model for all of us: we should call Jesus our “beloved” and pray that He does the same for us. John loved Mary, and took her into his home, caring for her as his own mother, modeling for us the relationship we should have with her.

John would likely be a bit shy about attention drawn to himself. John’s life, as an Apostle, as a Christian, was a life that was centered on Christ. His passion was learning from Christ. He loved him and wanted to do the work given to him by Jesus. His love gave him the strength to stand at the foot of the Cross and watch Jesus die a horrific death. John’s will became the same as Christ’s, and he followed the perfect advice of Mary: “Do whatever He tells you.”

Today, as we continue to celebrate the birth of our Lord, let us ask St. John, a man of faith, hope and love, for his prayerful intercession: St. John, friend of Jesus, pray for us.

[From the United States Conference of Catholic Bishops: “The liturgical season of Christmas begins with the vigil Masses on Christmas Eve and concludes on the Feast of the Baptism of the Lord. During this season, we celebrate the birth of Christ into our world and into our hearts, and reflect on the gift of salvation that is born with him…including the fact that he was born to die for us.” There are, however, the traditional “12 Days of Christmas,” captured in the song of the same title. Some claim the song was meant as catechism of a sort, written and sung for nearly 300 years of British persecution of Catholics. We will be using both the song and the Church’s liturgical calendar to celebrate the Christmas season. We hope you enjoy.] 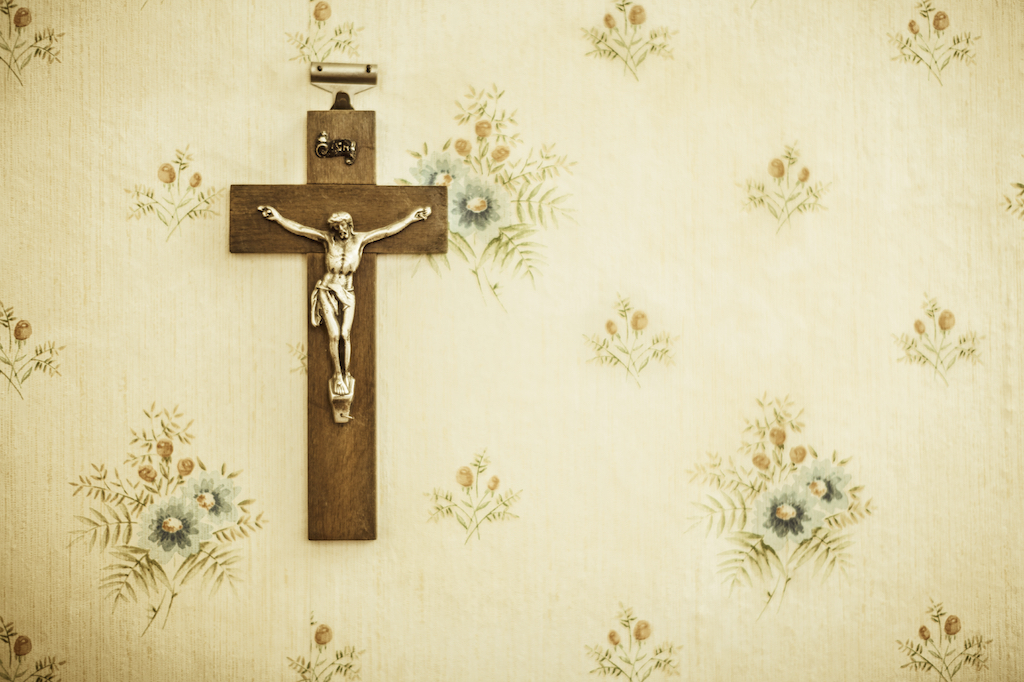 We are used to seeing crucifixes in church and that seems “normal,” but why have a crucifix in our homes?

(By the way, there is a difference between a cross and a crucifix. A cross is a simple reminder of the instrument the Romans used to execute criminals. A crucifix is a cross with a corpus, or body, of Jesus on it.)

If you’ve never had a crucifix in your home, consider getting one. Ask your priest to bless it (it only takes a moment!) If you do have a crucifix, consider putting more in your home: in the bedrooms, for example. The crucifix ix a sign of God’s overwhelming love for us; who doesn’t need a constant reminder of that?