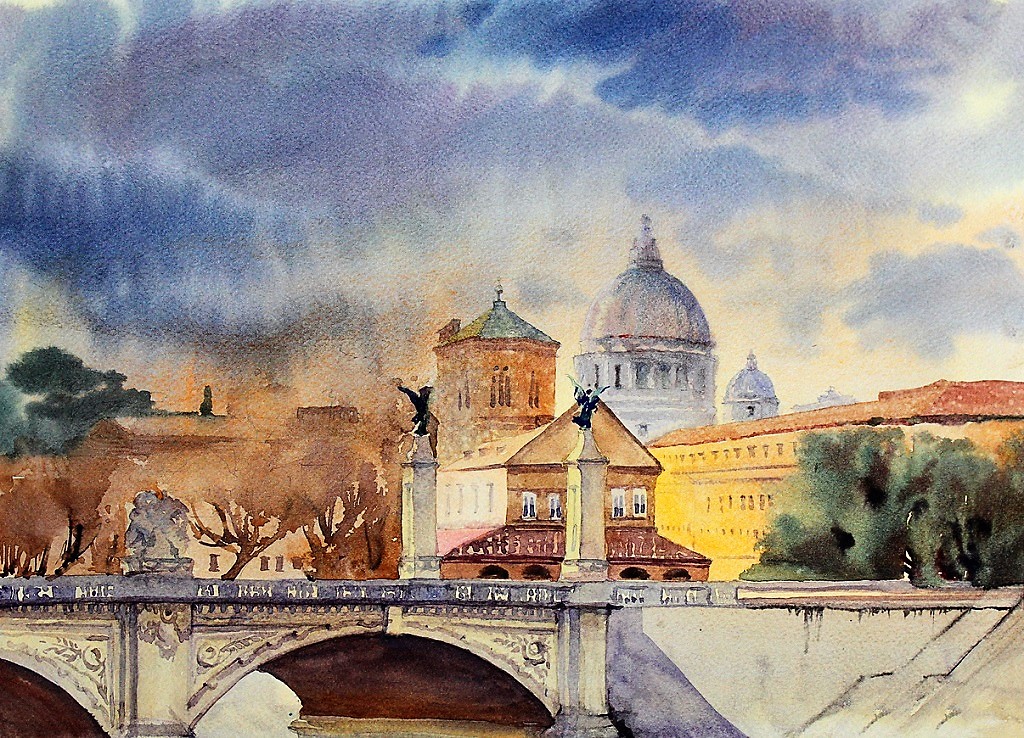 One of the great things about being Catholic is that our Faith is universal. No matter where we are in the world, there is a church that is ours. We all have a place that is our spiritual home.

We also have the same spiritual father, as well: the pope. (Did you know that “pope” means “father” or literally “papa?”) No matter who we are, where we live, whether or not we have a background in theology or are wealthy or poor, we are united as one family. The Holy Father invites us, every month, to join him in prayer. And not just in a general or vague way, but in specific supplications.

The Holy Father’s prayer intentions and reflections for February 2017 are:

As we pray for our family and friends, let us also join in prayer with the Holy Father and our Catholic family around the world.

Elise Hilton is an author, blogger and speaker. She has worked in parish faith formation and Catholic education for over 25 years. A passionate student of theology, Elise enjoys sharing her thoughts on parish communication, the role of social media in the Church, Franciscan spirituality and Catholic parenting. She is also the author of Diocesan Publications “Living the Good News” blog. To enquire about booking her as a speaker, please contact her at ehilton@diocesan.com. 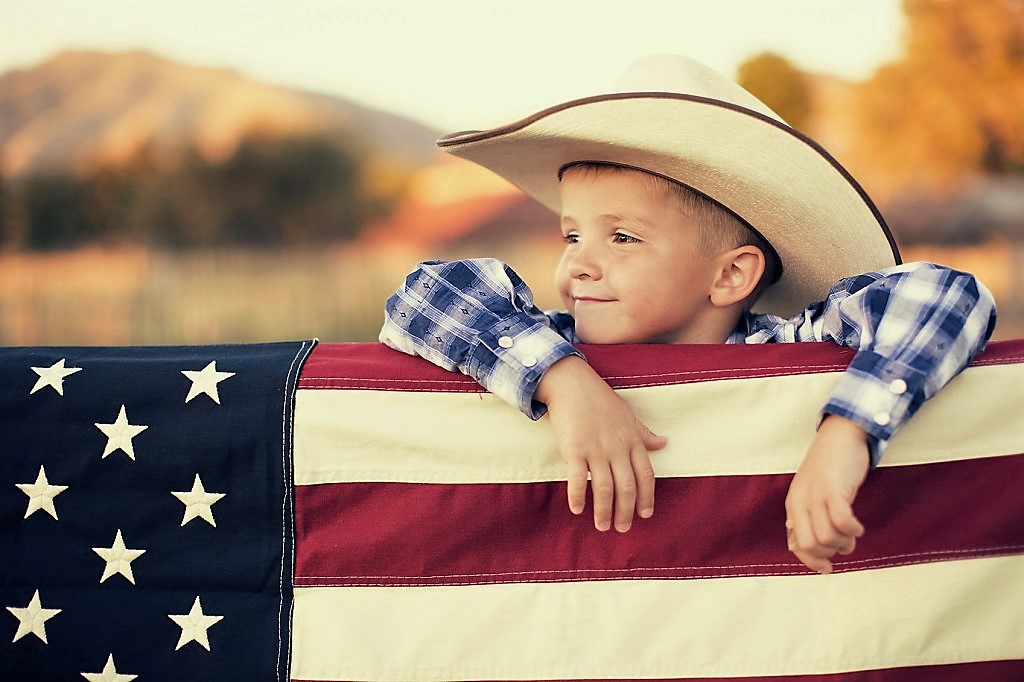 The upcoming U.S. presidential election is on everyone’s mind. Every citizen who has the right to vote should vote, but this year’s election seems especially difficult. As Catholics, it is imperative that we are informed voters, that we have sought out prayerful guidance and formed our consciences to the best of our abilities before stepping into the voting booth.

In 1979, St. John Paul II made his first papal visit to the United States. His seven-day visit was a whirlwind of activity: New York, Washington, D.C., Boston, Chicago. And everywhere, he was greeted by enthusiastic crowds. People waited hours and hours just to glimpse this charismatic pope.

This papal visit was filled with iconic American symbols. For instance, he said Mass at Yankee Stadium, and his first homiletic words to America there were: Peace be with you!

Our country, right now, is not a country at peace. Partisan political divides are deep. Racial divisions – some old wounds, some new – fester. Drug abuse is rampant. Our police officers’ actions are questioned and confronted., sometimes violently. Families are torn apart by divorce, addictions, religious issues. No, we are not a country at peace.

Perhaps it is good for us to revisit St. John Paul’s words 37 years ago, in one of America’s great cities, New York, in a symbol of American fair play and cherished dreams, Yankee Stadium.

Catholics of the United States, while developing your own legitimate institutions, you also participate in the nation’s affairs within the framework of institutions and organizations springing from the nation’s common history and from your common concern. This you do hand in hand with your fellow citizens of every creed and confession. Unity among you in all such endeavors is essential, under the leadership of your Bishops, for deepening, proclaiming and effectively promoting the truth about man, his dignity and his inalienable rights, the truth such as the Church receives it in Revelation and such as she ceaselessly develops it in her social teaching in the light of the Gospel. These shared convictions, however, are not a ready-made model for society (cf. Octogesima Adveniens, 42). It is principally the task of lay people to put them into practice in concrete projects, to define priorities and to develop models that are suitable for promoting man’s real good. The Second Vatican Council’s Pastoral Constitution Gaudium et Spes tells us that “lay people should seek from priests light and spiritual strength. Let the lay people not imagine that their pastors are always such experts that to every problem which arises, however complicated, they can readily give a concrete solution, or even that such is their mission. Rather, enlightened by Christian wisdom and giving close attention to the teaching authority of the Church, let the lay people assume their own distinctive role” (Gaudium et Spes, 43). [emphasis added]

It is good for us to remember that our leaders, whether religious or political, do not carry the vast weight of change and justice on their shoulders; we – the laity, the citizens – carry it on ours. Even in the complex issues of today, we the American people must seek out and then carry out solutions.

St. John Paul II was no stranger to political upheaval. He came of age in World War II Poland, under the devastating rule of Nazis. Secretly ordained near the end of the war, he then had to lead his people – first as a priest, then a bishop – under the rule of Communism. When this pope spoke of our political duties, he was immensely aware of the challenges. And yet, he challenged us further:

[F]resh spiritual and moral energy drawn from the inexhaustible divine source is needed. This energy does not develop easily. The life style of many of the members of our rich and permissive societies is easy, and so is the life style of increasing groups inside the poorer countries. As I said last year to the Plenary Assembly of the Pontifical Commission Justice and Peace, “Christians will want to be in the vanguard in favoring ways of life that decisively break with a frenzy of consumerism, exhausting and joyless” (November 11, 1978). It is not a question of slowing down progress, for there is no human progress when everything conspires to give free rein to the instincts of self-interest, sex and power. We must find a simple way of living. For it is not right that the standard of living of the rich countries should seek to maintain itself by draining off a great part of the reserves of energy and raw materials that are meant to serve the whole of humanity. For readiness to create a greater and more equitable solidarity between peoples is the first condition for peace. Catholics of the United States, and all you citizens of the United States, you have such a tradition of spiritual generosity, industry, simplicity and sacrifice that you cannot fail to heed this call today for a new enthusiasm and a fresh determination. It is in the joyful simplicity of a life inspired by the Gospel and the Gospel’s spirit of fraternal sharing that you will find the best remedy for sour criticism, paralyzing doubt and the temptation to make money the principal means and indeed the very measure of human advancement. [emphasis added]

As we prepare our consciences’ for the November elections, let us meditate on these words. St. John Paul II reminded us then and now: the laity is responsible for creating just structures for all Americans. As Catholics, we must study and pray so that our consciences can guide us in carrying out the Gospel and in choosing political leaders who understand that peace and justice are paramount. When we are criticized, doubtful or greedy, we must be inspired by the joyful simplicity of Christ. Most of all, we must be the peace of Christ for our families, our co-workers, our neighbors, our nation. Peace be with you!