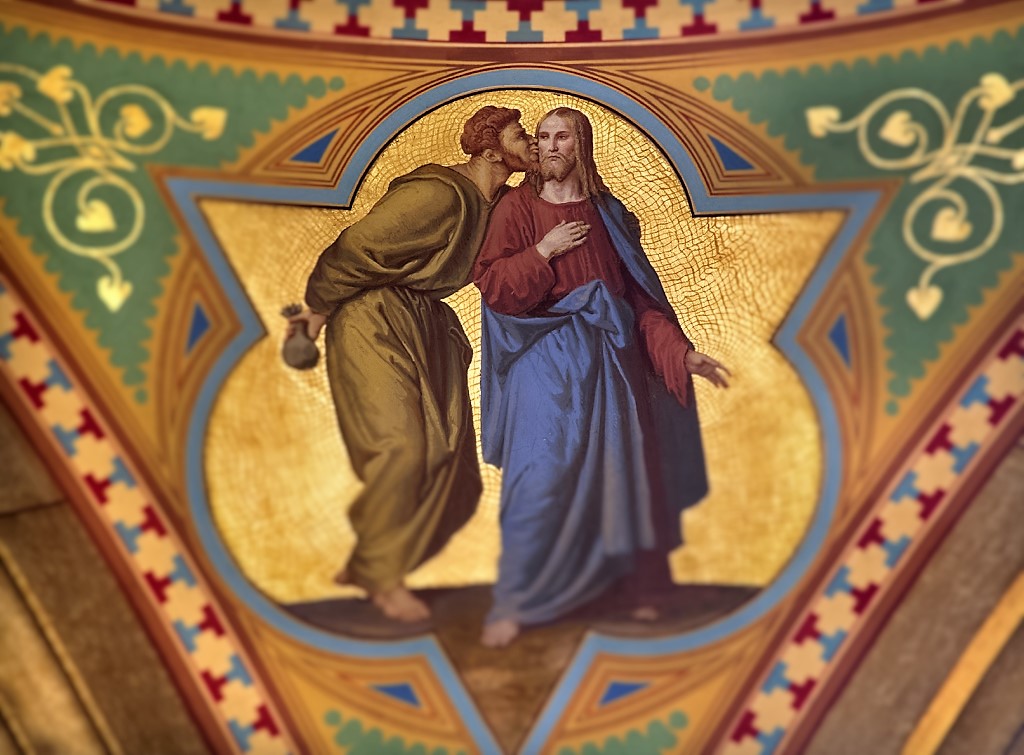 Christ begins the Passover celebration with the Apostles by telling them that one of them will betray Him, their Lord and Master. There is denial and consternation among them: Surely, it is not I, Lord?

The Gospels clearly record Judas’ betrayal – selling out Jesus for thirty pieces of silver. We know, too, that Peter betrays Christ by denying he even knows Him, three times. Because the other ten Apostles were human, we know they betrayed Christ in some way. We betray Christ.

Sin is an ugly thing. It always damages relationships. Sometimes the slights are small: we are brusque with a co-worker or raise our voice to a small child. Other times, the sins are quite damaging: an abortion, an affair, theft from an employer. We betray God, each other and we betray the person God created us to be.

Despite his betrayal, Peter was chosen by Christ to lead the Apostles and the first Christians. How can that be? It is the mystery of salvation: Christ took those sins, and ours, with Him to the Cross and won for us our salvation. Peter knew He needed Christ and the salvation He offered.

What of Judas? Was his sin of betrayal so much greater? Some believe Judas’ fault lies elsewhere:

Perhaps Judas’ greatest sin was not in betraying Jesus; rather, it was in allowing himself to be consumed by a prideful despair after the betrayal. Unlike Peter and the rest of the apostles, Judas failed to repent; he failed to find hope. Like us at times, Judas could not see past his owns sins and his feelings of unworthiness. Instead of turning outward toward the Lord with a repentant heart that could have been filled with hope, Judas regrettably looked inward and saw only his own despair. Lacking the courage to begin his life anew, Judas ends his life by hanging himself.

Poor Judas despaired. He thought his sin was far too great to be forgiven. He lost hope; he failed to accept the salvation Christ offered.

There is not one of us who can stand and say, “I have no sin.” And no one of us can judge another. We even stumble when we judge ourselves, as Judas did. The Church has wisely given us the Sacrament of Reconciliation, so that a priest (acting in persona Christi) can counsel us and give us absolution. Otherwise, we could despair as well. Pope Benedict, speaking of this, said, “Let us remember two things. The first: Jesus respects our freedom. The second: Jesus waits for us to have the disposition to repent and to be converted; he is rich in mercy and forgiveness.”

This Tuesday of Holy Week, as we prepare to celebrate the Triduum, let us ponder our own need to repent, and the abundance of God’s mercy and forgiveness.