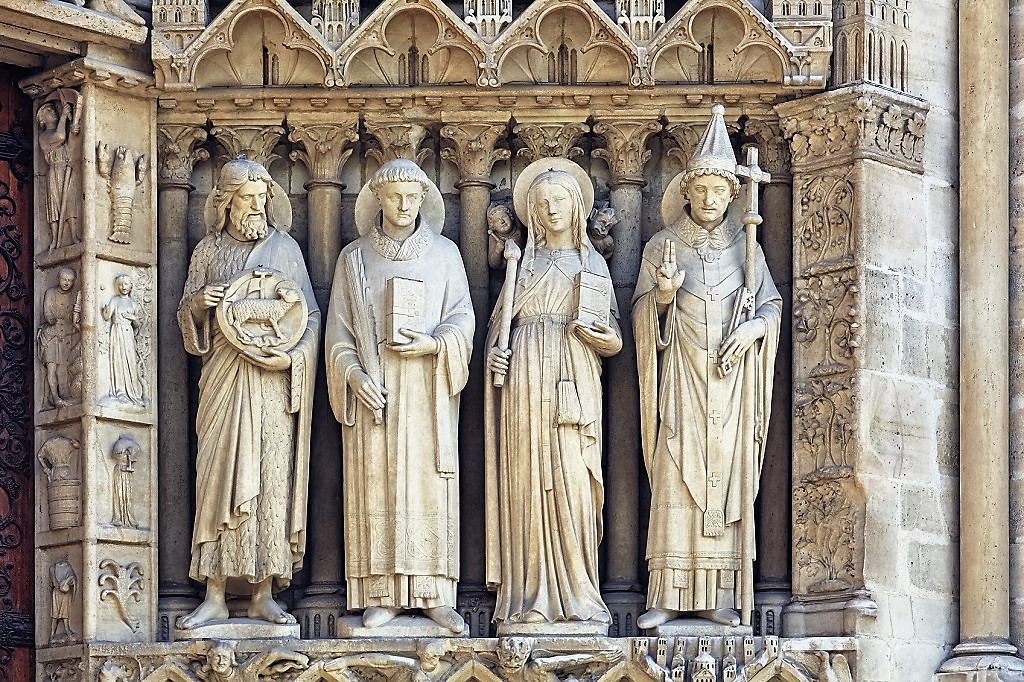 The Catholic Church will be declaring its newest saint on September 4, 2016: Mother Teresa of Kolkota. As you might imagine, the Church has a rather rigorous method of formally declaring a person a saint. (Keep in mind, too, that just because a person is not formally declared a saint does not mean they are not in Heaven in the presence of God for all eternity. The Church simply cannot go through this process with every single person.)

The formal process of the Church entails several steps: being declared a Servant of God, then Venerable, Blessed and finally Saint. Usually the process cannot begin until the person has been deceased for at least 5 years, unless the pope waives that time period. St. John Paul II waived the period for Mother Teresa, and Pope Benedict XVI waived it for John Paul II. Once the 5 year waiting period has concluded, the bishop of the diocese where that person lived petitions the Vatican to begin the process. If there are no objections, the process begins.

The road to canonization can seem like a very long one, and it is, for good reason. The Church must invest a great deal of time and research into that person’s life, making sure that the person did indeed lead a holy life in all matters, both public and private.

Once the process begins, the person in question is given the title, “Servant of God.” If you’ve ever wondered why so many priests and nuns are declared saints and not so many lay people, it lays in this step. All the person’s writings must be collected, including private writings such as diaries and letters to friends and family. The person’s entire life must be documented. For a religious, the diocese or the religious order may designate people to do this work. For a lay person, it is much more difficult to have someone devote so much time for this. It is essentially a full-time job for at least one person, and usually more.

Once that step has been completed, the person is declared “Venerable.” At this point, one miracle must be attributed to the intercession of this person. In the case of John Paul II, it came from a French nun, who suffered from Parkinson’s (the same disease that claimed the life of the pontiff.) Her miraculous recovery from the disease in 2011 was the first recorded miracle attributed to Pope John Paul II’s intercession. Such miracles must be investigated and confirmed by two tribunals, one scientific and one theological:

The scientific commission must determine by accepted scientific criteria that there is no natural explanation for the alleged miracle. While miracles could be of any type, those almost exclusively proposed for Causes are medical. These must be well-documented, both as regards the disease and the treatment, and as regard the healing and its persistence.

While the scientific commission rules that the cure is without natural explanation, the theological  commission must rule whether the cure was a miracle in the strict sense, that is, by its nature can only be attributed to God. To avoid any question of remission due to unknown natural causation, or even unrecognized therapeutic causation, theologians prefer cures of diseases judged beyond hope by medicine, and which occur more or less instantaneously. The disappearance of a malignancy from one moment to another, or the instantaneous regeneration of diseased, even destroyed, tissue excludes natural processes, all of which take time. Such cases also exclude the operation of the angelic nature. While the enemy could provoke a disease by his oppression and simulate a cure by withdrawing his action, the cure could not be instantaneous, even one day to the next. Much less can he regenerate tissue from nothing. These are, therefore, the preferred kinds of cases since they unequivocally point to a divine cause.

The theological commission must also determine whether the miracle resulted through the intercession of the Servant of God alone. If the family and friends have been praying without cease to the Servant of God exclusively, then the case is demonstrated.

The next step is “beatification” and the person is given the title “Blessed.” This means that the person may be given private veneration or veneration in their own diocese or home. The Church’s investigation continues, and since the declaration of sainthood is considered infallible, the Vatican withholds the decree until all study of the person’s life is complete. At this point, a second miracle must be established. For John Paul II, this came from a man in Colombia, Marco Fidel Rojas, who also suffered from Parkinson’s:

Fidel remembers experiencing the first symptoms of the disease in December 2005. After a series of examinations, doctors determined he had suffered a stroke, which led to the development of Parkinson’s.

Little by little, the disease began to get worse. “I felt like I could collapse at any moment. Various times I fell down outside on the street,” he recalled, adding that once he was almost run over by a taxi.

As the years went by and his health continued to deteriorate, Fidel suddenly remembered on the evening of Dec. 27, 2010, that during a trip to Rome he had met Pope John Paul II after Mass and spoke with him for a few moments.

I have a friend up there, Fidel thought that night, amid his pain. “And he had Parkinson’s. Why didn’t I pray to him before? Venerable Father John Paul II: Come and heal me; put your hands on my head.”

After praying, Fidel said he slept perfectly that night; the next morning he woke up with no symptoms of the illness.

El Tiempo reported that Dr. Antonio Schlesinger Piedrahita, a renowned neurologist in Colombia, has certified Fidel’s healing and says he is in good health.

The pope must assent to the findings of the Congregation for the Causes of the Saints. Once the Holy Father gives his consent, the person may be canonized.

By the Rite of Canonization the Supreme Pontiff, by an act which is protected from error by the Holy Spirit, elevates a person to the universal veneration of the Church. By canonization the Pope does not make the person a saint. Rather, he declares that the person is with God and is an example of following Christ worthy of imitation by the faithful. A Mass, Divine Office and other acts of veneration, may now be offered throughout the universal Church.

Note the wording: “the Pope does not make the person a saint.”

The Catholic Church doesn’t make saints like Hollywood makes movie stars. Catholics saints are men and women who lived holy lives in obedience to God’s will, and they became saints at the moment they entered heaven. However, the Church does recognize those souls that the Church can confirm are in heaven as saints.

It is always a great celebration when a person is declared a saint for the Universal Church. We look forward to Mother Teresa’s canonization and the celebration of her dedication to the will of God.