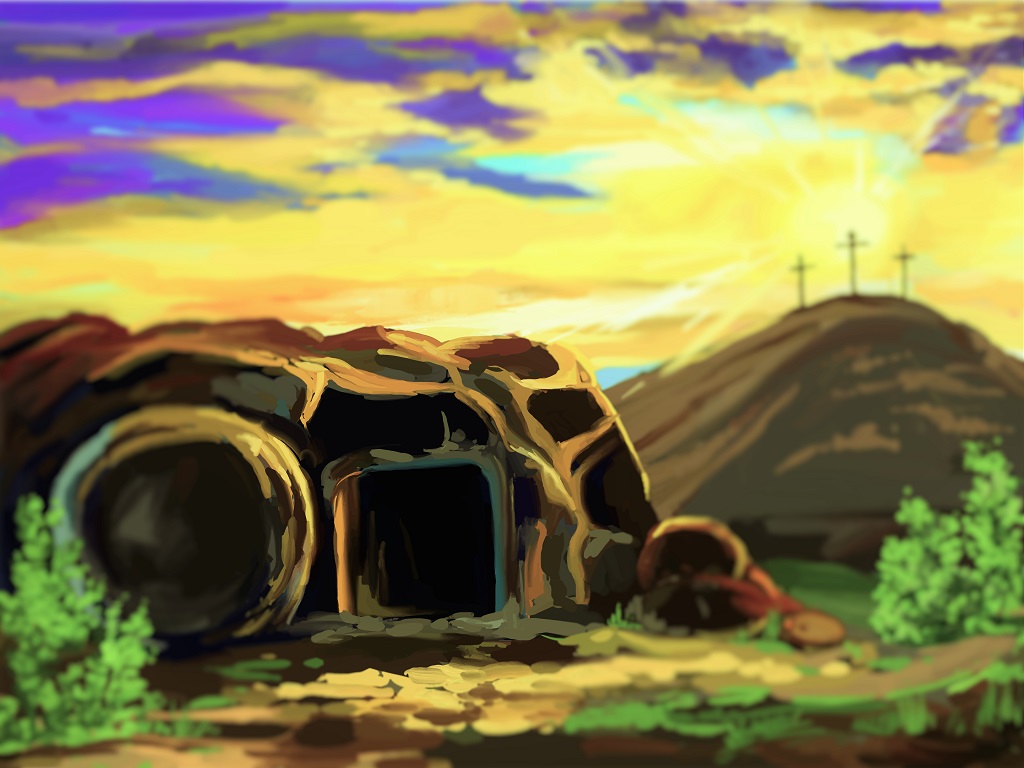 Of course, the Church celebrates the Triduum (Holy Thursday, Good Friday, Easter Vigil) as a way to enter into Christ’s Passion and Death. Then, on Easter, we joyously sing out “Alleluias,” joining the whole world in proclaiming the Resurrection of Our Lord.

This year, there were other deaths that were noteworthy and both, in their own way, give us insight into the Easter miracle.

First, Mother Angelica, the Poor Clare nun who was the founder of the Catholic media outlet EWTN, passed away at the age of 92 on Easter Sunday. Mother Angelica seemed an unlikely candidate for religious life, let alone becoming the founder of a Catholic TV station. She grew up poor and rather tough, raised by a single mother in Canton, OH. Her faith was nominal, perfunctory, until she was healed of a stomach ailment. In 1944, she entered the convent.

Despite the fact that Mother Angelica was a cloistered nun (see an example of cloistered life here), she was a highly requested speaker. By 1978, she believed God was calling her to start a Catholic television studio, where she could reach out to thousands of people. It was, by all accounts, an outrageous idea. First of all, as a Poor Clare, she had taken a vow of poverty. When she told others of her plan, they tried to dissuade her, thinking no one would want to watch a nun talking on tv. However, she trusted God, and in her rather folksy way, reminded others to do the same: “These are the kinds of things, honey, that prove God’s Providence. We never know where the next penny’s coming from. That’s what I’m trying to get through people’s heads: This is an act of God.”

What began as a tiny tv studio became EWTN, carried by more than 220 cable systems and viewed in more than 2 million homes worldwide, and includes a radio and social media presence. Mother Angelica’s own show, “Mother Angelica Live” was a viewer favorite for years. Mother Angelica never spoke in lofty theological terms, but she understood theology. Her manner was almost quaint, but right to the point. She once said, “I’m not afraid to fail … I’m scared to death of dying and having the Lord say to me, ‘Angelica, this is what you might have done had you trusted more.”

In some ways, these two deaths could not be more different. One an elderly nun, surrounded in love by the sisters with whom she shared her life. The other, an Indian priest, alone and afraid, murdered by terrorists. One cloistered, one serving in the world. One an unlikely media mogul, one a simple priest.

Despite the differences, we can learn something from both these deaths that occurred over the Easter holiday. Both Mother Angelica and Fr. Uzhannalil wholly devoted their lives to God. Yes, they served in completely different ways, but both of them were willing to abandon the world in order to serve Jesus Christ. Both are outstanding witnesses to us that God sometimes asks us to do things the world judges as, well, crazy. Both knew that they had to set aside their own wills and desires to follow Christ. And both stand as witness to what it means to be holy, and that holiness can take on such different faces.

Good Friday is all about sorrow and death. Fr. Uzhannalil died a martyr’s death with only his faith to accompany him. Easter is a day of joy and resurrection, new life and triumph over death. Mother Angelica spent her life spreading the joy of the Gospel. Yes, the Easter of 2016 will be remembered for the death of these two. Many mourn them, but we also must trust completely in the Easter message. St. John Paul II, quoting St. Augustine, liked to say,  “We are an Easter people, and Alleluia is our song!” Life is not all gladness and light; we know sorrow as well. But as Catholics, we must never forget the joy of Easter morning, the empty tomb, the triumph over sin and death. Mother Angelica and Fr. Uzhannalil knew this and lived this.

Eternal rest grant unto them O Lord, and let perpetual light shine upon them. May they, and all the faithful departed, rest in peace. Amen.

[Update: While the Associated Press and the Washington Times have reported the priest’s crucifixion, Catholic News Service is saying they have indications he is still alive. We continue to pray.]