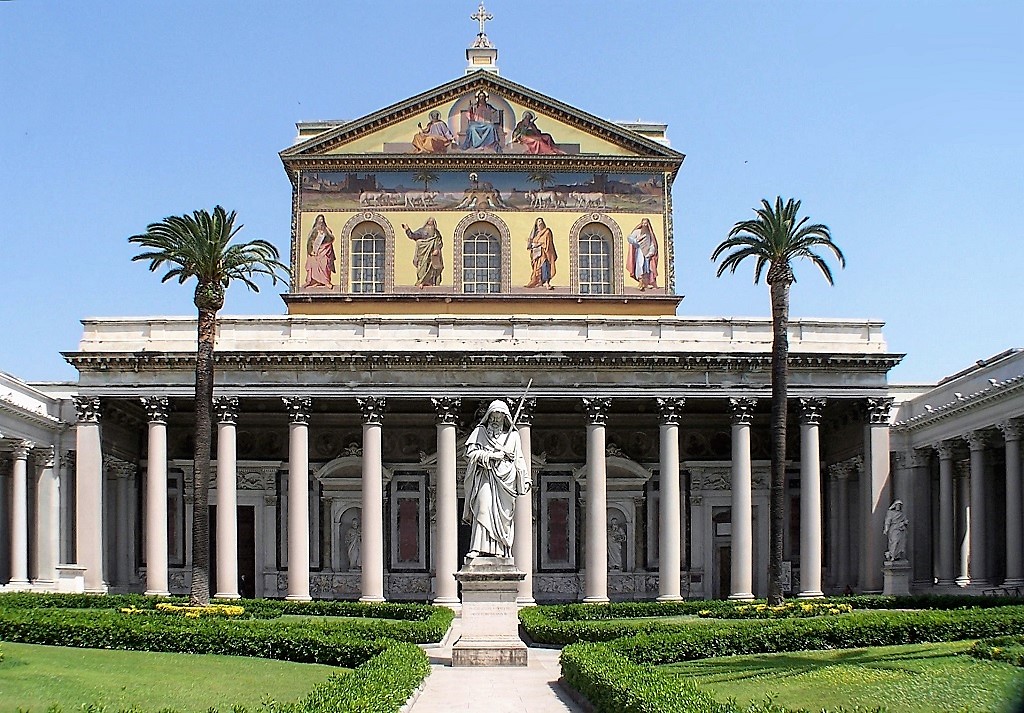 Every Sunday at Mass, Catholics proclaim their faith by praying the Nicene Creed. One part of this prayer is “I believe in one, holy, catholic and apostolic church.” It may seem odd that “catholic” is not capitalized here, but there is a reason behind this.

If a person of our faith is asked what church we belong to, we typically answer, “Catholic.” To be completely accurate, we’d say, “Latin Rite Catholic.” But most of us use the “shorthand” answer. However, the word “catholic” itself means “universal.” Many Christian churches are independent of all other churches and/or hierarchies, some are regional or specific to a country and others belong to specific regions of the world.

In fact, one of the great things about our Church is that, no matter where we go as Catholics, we are welcome in any Catholic Church. We have much to explore. This week, we are going to be taking a closer look at a few beautiful and important churches around the world.

Today, we are going to explore the Basilica of St. Paul Outside the Walls in Rome. St. Paul, a convert from Judaism to the Catholic faith (and author of much of the New Testament) was martyred in Rome in around 61 A.D., and this church contains his tomb. (By the way, “basilica” is an architectural term, but is also used to designate a church of great importance historically.) This basilica got its unusual name because it is located outside the old walls that once surrounded the city of Rome. The original building dates back to 324 A.D., and is the home to both the Pauline Door and the Pauline Flame:

Under the portico of the Basilica it was opened a door dedicated to “Apostle to the Gentiles, that port has been named PAULINE DOOR. Through the door, all the pilgrims can enter the Basilica of San Paolo and reach the tomb. The decoration of the PAULINE DOOR recalls some great moments in the life of “Apostle of the Gentiles, St. Paul and has been decorated by the great Veroi sculptures.

In the tradition of the Church, each pilgrim can share in this gesture of light, close to Sao Paulo. By offering this candle we join ourselves to those communities which Paul visited and these same candelabra in the churches of “Pauline itinerary. This flame of prayer and communion was ignited by the Holy Father June 28, 2008, on the occasion of the “opening of the Pauline and is nourished daily by the monks of the” Benedictine Abbey.

While many of us will never get the chance to see this extraordinary church, so important to the early Church and to believers today, we can take a “virtual tour,” thanks to the wonders of our digital age.

Regardless of where we travel or live, we belong to a universal Church. Whether we find ourselves in a tiny mission church here in the States or an ancient church steeped in history, we are “home” in any Catholic church. And who doesn’t like to explore a bit?