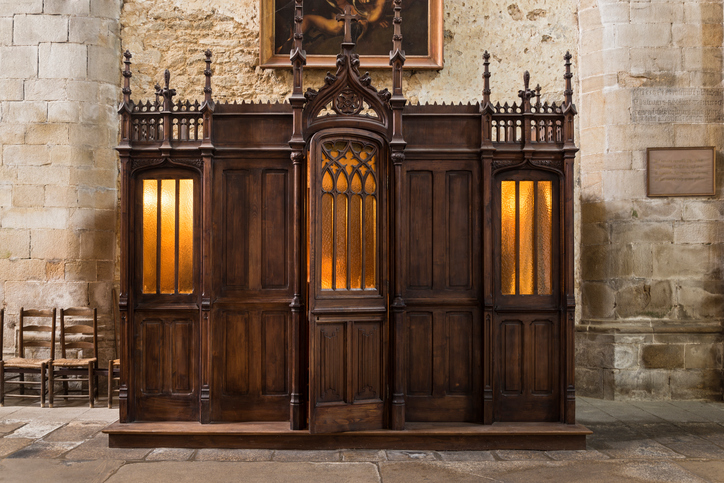 During the Jubilee Year of Mercy in 2016, I read a wonderful book by Pope Francis titled, “The Name of God is Mercy.” Actually, I read it three times over the course of a year. The book is the transcript of a long interview the Holy Father did with the Vatican reporter Andrea Tornielli about the Year of Mercy.

The book was comforting and refreshing, but also very challenging, reading it was a kind of examination of conscience. While the entire book really is fantastic, I wanted to share one powerful passage that I think speaks to our journey through this season of self-reflection, penance, and mercy. I would encourage you to read Pope Francis’ words slowly and prayerfully, read them as if he was writing to you personally.

This passage comes from the chapter titled, “Shepherds, not Scholars of the Law.” Pope Francis says:

“We need to enter the darkness, the night in which so many of our brothers live. We need to be able to make contact with them and let them feel our closeness, without letting ourselves be wrapped up in that darkness and influenced by it. Caring for outcasts and sinners does not mean letting the wolves attack the flock. It means trying to reach everyone by sharing the experience of mercy, which we ourselves have experienced, without ever caving in to the temptation of feeling that we are just or perfect.”

While he doesn’t use the word “evangelization,” I think that is precisely what the pope is talking about here. I’ve heard it said that evangelization is one beggar showing another beggar where the bread is. Likewise, I think Pope Francis would say that evangelization is one sinner showing another sinner how to encounter God’s mercy. What’s cool about thinking of evangelization this way is that it’s not complicated and it certainly doesn’t require a theology degree. How have you experienced God’s mercy in your life? How has God saved you from your own sin and suffering? Have you ever shared this story with anyone? The pope continues:

“The more conscience we are of our wretchedness and our sins, the more we experience the love and infinite mercy of God among us, and the more capable we are of looking upon the many “wounded” we meet along the way with acceptance and mercy.”

Shortly after being elected pope, Francis was asked: “Who is Jorge Bergoglio?” And his response was, “I am a sinner. This is the most accurate definition. It is not a figure of speech, a literary genre. I am a sinner.” The Holy Father says that it is a true grace for someone to feel like a sinner and that if we don’t feel that way then we should ask God for the grace to feel like a sinner. It is only as a sinner that we can experience God’s infinite mercy, it is only in our weakness and humility that we can truly know God’s greatness. If I am not a sinner then I have no need for a Savior. Recognizing oneself as a sinner is also one of the first steps of evangelization, the pope says:

So we must avoid the attitude of someone who judges and condemns from the lofty heights of his own certainty, looking for the splinter in his brother’s eye while remaining unaware of the beam is his own. Let us always remember that God rejoices more when one sinner returns to the fold than when ninety-nine righteous people have no need of repentance. When a person begins to recognize the sickness in their soul, when the Holy spirit – the Grace of God – acts within them and moves their heart toward an initial recognition of their own sins, he needs to find an open door, not a closed one. He needs to find acceptance, not judgment, prejudice, or condemnation. He needs to be helped, not pushed away or cast out. Sometimes when Christians think like scholars of the law, their hearts extinguish that which the Holy Spirit lights up in the heart of a sinner who stands at the threshold, when he starts to feel nostalgia for God.

This passage reads like an examination of conscience. I find myself quick to judge someone else’s faults. Too often I act like a “scholar of law” who stands on a self-righteous pedestal judging others. It’s easy for us to treat people as “the other,” as enemies in a culture war, as bad Catholics, instead of Children of God. But judging other from “lofty heights” is the opposite of evangelization.

It’s easy for us to judge the young unmarried couple bringing their baby to be baptized, the couple who lived together before their wedding, the couple you know is using contraception, the person with outrageous and ignorant Facebook posts, the person with the Other Party’s bumper sticker in the church parking lot, etc, etc. I use all of these examples because these are ways I have judged others in the past. “These people” aren’t enemies in a culture war, these are the “lost sheep” who Jesus rejoices over more than the ninety-nine who never strayed.

Pope Francis is telling us that we can only stop judging others and start loving them when we have the humility to see ourselves as the greatest sinner in the room. The Holy Father said, “Every time I go through the gates into a prison to celebrate Mass or for a visit, I always think: Why them and not me? I should be here. I deserve to be here. Their fall could have been mine.”

The Year of Mercy is long over, but during this penitential season of Lent let us pray for the humility of Pope Francis and the courage to share God’s mercy with those who have fallen away from the Church. Let us pray for the tremendous grace to see ourselves as sinners so that we may fully encounter the God whose name is Mercy. 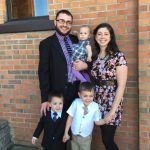 Paul Fahey is a husband, father, and a parish director of religious education. He is a student of Theology, History, and Catholic Studies. If you like what he has to say, check out his blog, The Porch, or follow him on Facebook.