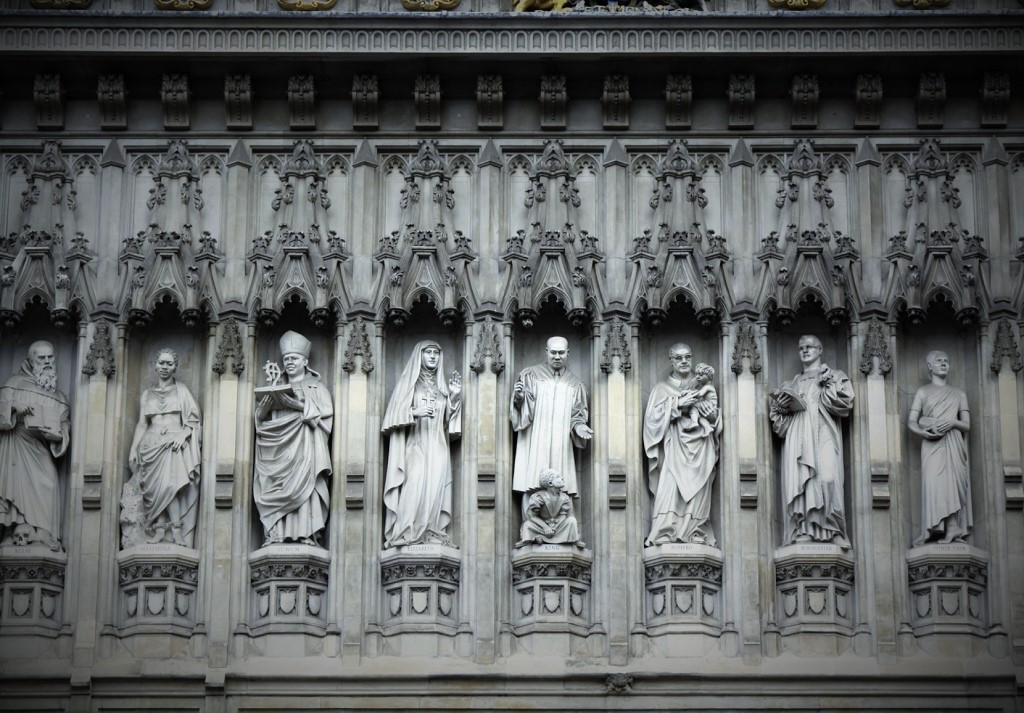 Perhaps you grew up with a saint statue on your dresser. When you were confirmed, you likely mulled over which saint you which choose for your patron in that sacrament. Put to the test, you could probably list quite a few saints.

But do you know YOU are supposed to be a saint?

While Catholics worship God – Father, Son and Holy Spirit – alone, we rely on the holiness of others as examples of the Christian life. While the Church declares some “saints,” she acknowledges that not all those who live on eternally in the presence of God will be officially recognized as saints. Regardless, we are called to live in communion with the saints:

In the communion of saints, ‘a perennial link of charity exists between the faithful who have already reached their heavenly home, those who are expiating their sins in purgatory and those who are still pilgrims on earth. between them there is, too, an abundant exchange of all good things.’In this wonderful exchange, the holiness of one profits others, well beyond the harm that the sin of one could cause others. Thus recourse to the communion of saints lets the contrite sinner be more promptly and efficaciously purified of the punishments for sin. – Catechism of the Catholic Church, para. 1475

We “pilgrims on earth” frankly need all the help we can get, and our brothers and sisters in Christ who have preceded us in faith to Heaven are some of the best friends we can have.

But we need to go further than this; we need to recognize that we are ALL called to be saints. Yes, you. And me. And that lady that sits behind you every week in church, singing off-key. Your teenage son, who seems to have lost the give of speech and merely grunts at you. Your boss. Your uncle who still refers to your by your childhood nickname no matter how many times you’ve asked him not to.

Saints, all of us.

You may protest, “I can’t be a saint. I’m not holy enough. I swear at other drivers. I get mad at my kids. I can’t concentrate on Father’s homily most of the time.” Yeah, well, you’re still called to be a saint.

Oh, we may not get official recognition from the Church; most saints don’t. It may be hard for us to achieve holiness; it is for most saints. Saints are real people, though, not plaster statues or figurines pinned to our car’s visors. They are not softly colored and angelic faces staring at us flatly from a holy card. They are men and women who faced real challenges: hatred from their family for converting, crippling illness, doubts in their faith, criticism from those around them.

What makes a person a saint is that they try to be holy. They recognize their sinfulness, and they repent … and repent … and repent. They learn to tame their temper, their tongue, their pride. They rely on Christ, His Church, the Sacraments, in order to gain grace that no person can gain on their own. They are not perfect. They are, however, holy – not by their own efforts, but by the grace of God.

It is your calling to be a saint. Don’t say you can’t (which is really saying, “I won’t.”) Instead, get to know the saints. Learn how they did it. Ask Mary, the Mother of God, for help. Seek to do good works in your family, in your place of work, in your community, in your parish. Sainthood is not out of reach. In fact, God is handing it to you as a gift, and all you need to do is live out that gift.