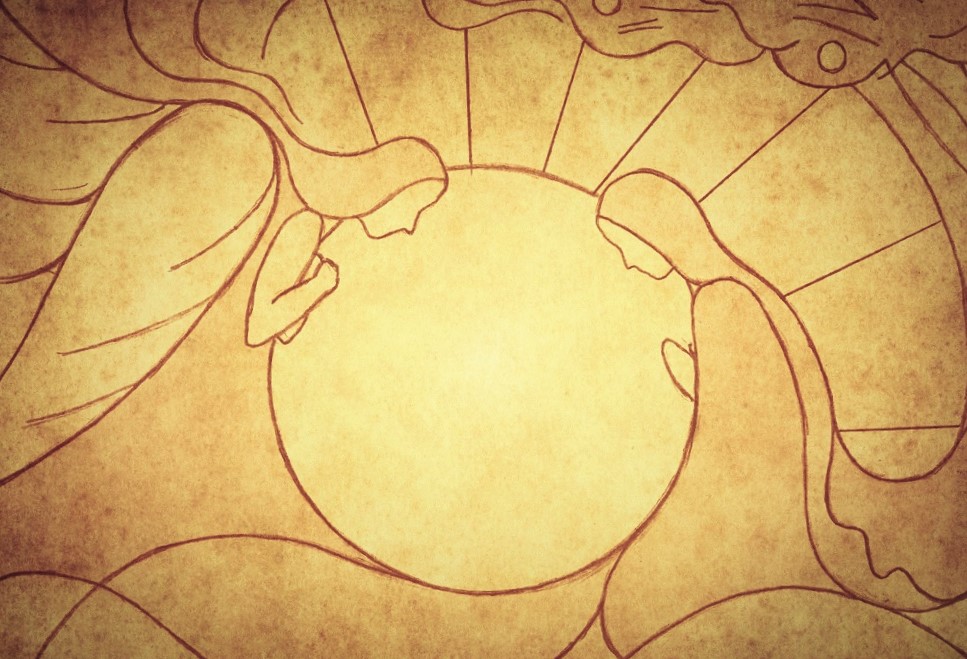 The Catholic Church celebrates the Feast of the Annunciation on March 25. However, in 2016, that date fell on Good Friday. The Bishops of the United States have declared that the celebration of this feast be moved to Monday, April 4. (By the way, this particular occurrence won’t happen again until 2157!)

The story is a familiar one to most of us:

In the sixth month, the angel Gabriel was sent from God to a town of Galilee called Nazareth, to a virgin betrothed to a man named Joseph, of the house of David, and the virgin’s name was Mary. And coming to her, he said, “Hail, favored one! The Lord is with you.” But she was greatly troubled at what was said and pondered what sort of greeting this might be.Then the angel said to her, “Do not be afraid, Mary, for you have found favor with God. Behold, you will conceive in your womb and bear a son, and you shall name him Jesus. He will be great and will be called Son of the Most High, and the Lord God will give him the throne of David his father, and he will rule over the house of Jacob forever, and of his kingdom there will be no end.”

But Mary said to the angel, “How can this be, since I have no relations with a man?” And the angel said to her in reply, “The holy Spirit will come upon you, and the power of the Most High will overshadow you. Therefore the child to be born will be called holy, the Son of God. And behold, Elizabeth, your relative, has also conceived a son in her old age, and this is the sixth month for her who was called barren; for nothing will be impossible for God.”Mary said, “Behold, I am the handmaid of the Lord. May it be done to me according to your word.” Then the angel departed from her. – Lk. 1:26-38

It is hard to imagine how frightening this scene is. First, while we like to portray angels as chubby babies with wings floating in mid-air, angels are actually awesome creatures. Catholic philosopher Peter Kreeft gives us a clear idea of what angels are:

Imagine a young girl who is suddenly faced with one of these “fearsome” creatures. And this “warrior” tells her she is to become the Mother of God. She has the presence of mind to ask a sensible question and give her undivided “yes” (in Latin, her fiat: “let it be done”) to this request.

It was a request. Mary did not have to answer “yes” to God. She, like all of us, had free will. (She did not have the burden of original sin, however. That is why the angel greets her as “full of grace” or “favored one.”) It is said that God is a gentleman; He never imposes his will on anyone, but waits until we tell him “yes” to His will.

Mary could not see into the future. She could not know the full weight of her answer. She did know that she wished to do God’s will, always and only. She knew she wanted to welcome Christ, the Messiah, the Savior. She said, “Yes.” Pascal-Emmanuel Gobry writes:

We also see through Mary that faith is freedom. In this moment where she says she is the Lord’s handmaid, she is perfectly free. As free as anybody except Christ on the Cross. As said, Mary understood that her choice of the fiat would have negative consequences for her, although she probably did not understand the full ramifications. She could have said no. We have to believe this. She could have said no. She could have said no, and it would have been the total end of salvation history, with no Cross, no Resurrection, no life to come. Creation would have continued galloping into absurdity towards, probably, ultimate dissolution. This is why Mary rightly receives the most esteemed title of Mother of God. Her fiat had to cost Mary, and she could have said no. But if she had said no, it would have been out of fear. Fear of social opprobrium (and who among us has none?), fear of tribulation, fear of the unknown, the totally Unknown, blasting into her life like a torrent and changing everything. Who would not have that fear! We shouldn’t romanticize the Annunciation, we shouldn’t believe that it was easy-peasy; Mary may have been Immaculate, but Jesus sweated blood at Gethsemane. When Luke tells us that she was “greatly troubled”, we have to see it for the tactful understatement that it is. And yet at that moment, Mary is perfectly free, and her perfect freedom caused the salvation of all humanity.

On this Feast of the Annunciation, let us ponder this scene. A young girl, an angel, a question, and how it changed the world.