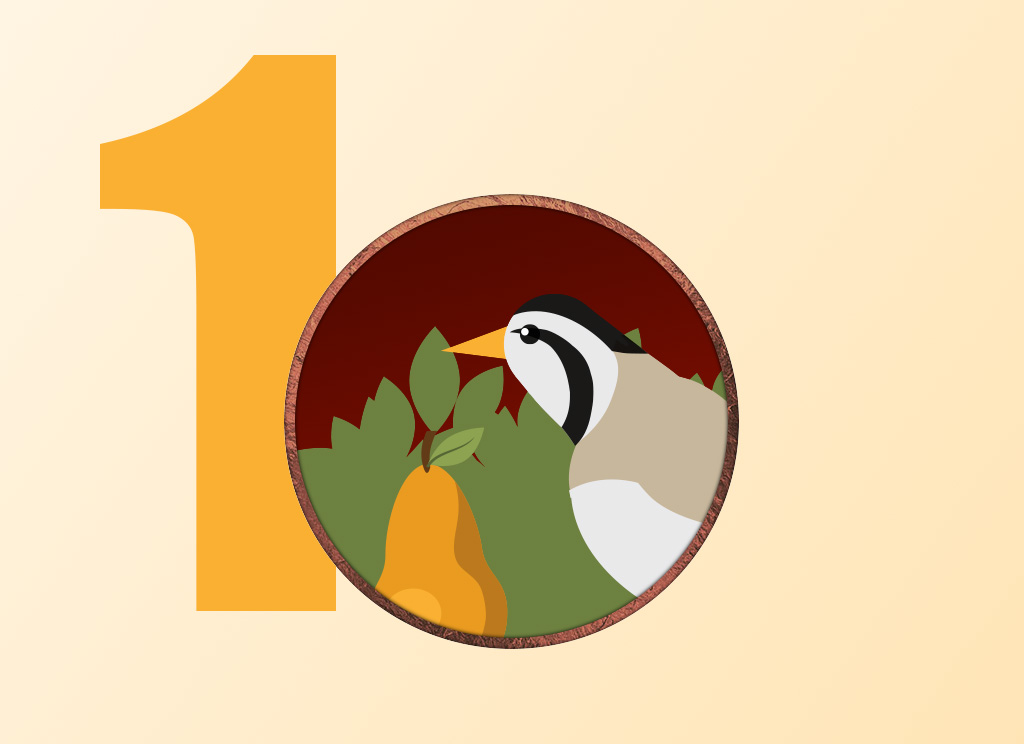 On the first day of Christmas, my true love gave to me, a partridge in a pear tree.

The “true love” is meant to convey that God – the True Love – came down from Heaven on Christmas Day.

Tucked away in a shelter for animals, two young Jewish parents, far from home, were watching their newborn. The baby suckled and sighed. His tiny fists stretched out as he snuggled close to the father. The mother rested. All the things a young family does on an ordinary day.

There is really no way to explain it. All we can do is muster up metaphors and even then, nothing comes close. Imagine that tonight, at the dinner table, your spouse says, “I got you a gift,” handing you a box. You open it, and the entire galaxy is contained in that box. That day was sort of like that … but not quite.

No, that most extraordinary day was the day that the God of all creation, the God of Abraham, Isaac and Jacob, the God of Moses and the Jews, Almighty and Ever-living God, came down from Heaven. He came not in a blaze of fire or in a thundering cloud.

He came as a baby.

On this most extraordinary day, we know that our God is a God of true love. He has revealed His love, in part, by becoming one of us, truly, in the flesh. And the first witnesses were two young Jewish parents, far from home, in a shelter meant for animals.

This most extraordinary day.

[From the United States Conference of Catholic Bishops: “The liturgical season of Christmas begins with the vigil Masses on Christmas Eve and concludes on the Feast of the Baptism of the Lord. During this season, we celebrate the birth of Christ into our world and into our hearts, and reflect on the gift of salvation that is born with him…including the fact that he was born to die for us.” There are, however, the traditional “12 Days of Christmas,” captured in the song of the same title. Some claim the song was meant as catechism of a sort, written and sung for nearly 300 years of British persecution of Catholics. We will be using both the song and the Church’s liturgical calendar to celebrate the Christmas season. We hope you enjoy.]