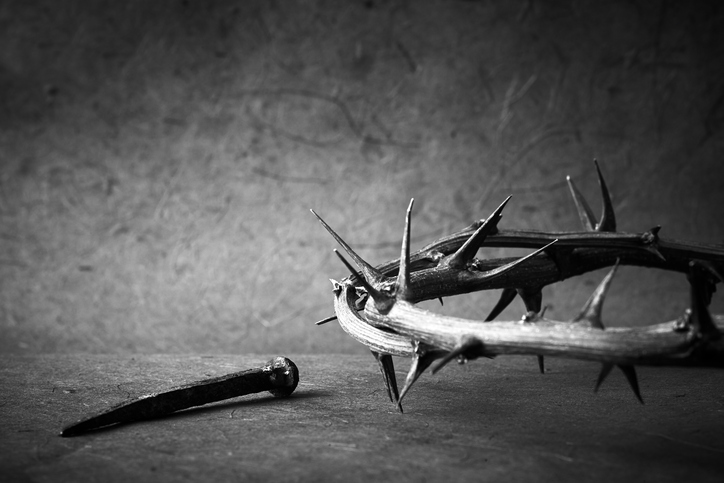 “Six days before Passover Jesus came to Bethany, where Lazarus was, whom Jesus had raised from the dead. They gave a dinner for him there, and Martha served, while Lazarus was one of those reclining at table with him.” John 12: 1-2

In reflecting on this week’s readings, the Gospel from Monday really stood out to me, but not for reasons that I expected. I had to stop for a second, out of complete shock, at the nonchalant way that Lazarus is spoken about in John. You may have even missed it. Read the above verse again, did you catch it? Lazarus, WHO WAS DEAD, is now eating at table with his friends. What an incredible witness to the power of Jesus. It is easily missed and so casually mentioned.

Have you ever had something you were really passionate about and then someone mentions it casually as if it has no real significance? This happens to me when people bring up the TV show, ‘The Office’, around me. Hey, have you seen that one show ‘The Office’? Um…. the one that literally changed comedy for an entire generation, the one that introduced us to the human experience of a band of friends that stands the test of time, the show that makes us all teary eyed at the season finale? That show, yeah I’ve seen The Office.

It hurts when someone is not as passionate about something as we are. It almost feels like a personal blow. The most passionate person in all of human history revealed the object of His Passion. His passion, in both meanings of the word, is for us. And yet, we fly by Holy Week, with causal acceptance. At least I know I have in the past.

I think one of the biggest problems in our society is that our passion and desire is misplaced. It is not bad to like a TV show, or sports team, or hobby, but how often do we have the same enthusiasm for Our Lord and God? How often do we actually believe what is happening in Scriptures, believe that it’s not just a story we read in a picture bible as kids but believe that it has actual power in our lives.

One of my favorite quotes from C. S. Lewis is when he says this about Passion and desire,

“It would seem that Our Lord finds our desires not too strong, but too weak. We are half-hearted creatures, fooling about with drink and sex and ambition when infinite joy is offered us, like an ignorant child who wants to go on making mud pies in a slum because he cannot imagine what is meant by the offer of a holiday at the sea. We are far too easily pleased.”

We go to Palm Sunday Mass and celebrate the coming of Christ, because that’s what Catholics do. But shouldn’t it change at some point from something we just do to that which we are? We should be people who believe the words we read, who realize the power of the Lord we say we love. I have to tell you, I’m done with the mud. For too many years I have gone through Holy Week and it’s been just another week. Same Holy Thursday service here, same reflections on the Passion there.

Could you imagine what would happen if we tried to put the same amount of passion into this week as Christ did? That kind of power is scary and yet, it’s just what our world needs. If we cared just as much about what He has done for us as He does then we could have a real impact on the world around us. He gave up His life out of His passion for His Beloved. This Holy Week, I want to enter deeply into the Liturgy and not just let it pass by. I want to really use these great liturgical moments as offerings to the same God who offered so much for me. What are you willing to do during this Holy Week?