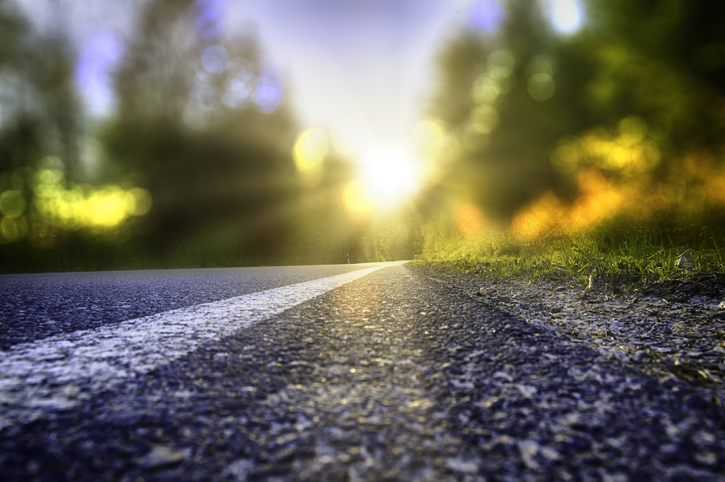 Life-altering events change our perspective on everything around us, don’t they? I remember so clearly how I felt the day my mother died. I walked down the street and looked around me and felt astonished, truly astonished, that so many people were out and about and acting as if nothing had happened, nothing had changed, everything was the same as before.

For them, of course, it was. I was the one who’d felt the earth move. I was the one who could now divide my life into two halves, my life when she was still here, and my life after she’d gone. I was on the second half of that journey, the one I had to undertake alone. I knew then—and I was right—that nothing would be the same. Everything would be different forever.

I’d passed from what-was to what-is. I couldn’t yet imagine what-will-be.

Today’s first reading is about change, too, the change of transition from one way of living to another. The old order, St. Paul tells us, must give way to the new. “Everything old has passed away, everything has become new.” Before, as a community, we lived in the what-was, the first half of our journey; after Christ, we’re living in the what-is and we look forward to a future what-will-be.

In other words, everything is different now.

If grasping that change wasn’t enough—and heaven knows it should be, drawing a clear line between the past and the future is difficult all by itself!—St. Paul has more to say about it. It’s all fine and good that we acknowledge the change; now we have to live it. To enter into it. To change our lives to reflect this momentous, earth-moving event.

In other words, once we know, nothing can be the same. Everything is different.

One of my favorite writers and theologians, C.S. Lewis, explains the transition better than anyone. “It is as if there is a door behind which, according to Christians, the secret of the universe is waiting for you,” he writes. “If their claim is not true, it is the greatest fraud in history. It is obviously the job of every man to find out if the claim is true; then to devote his life to exposing this gigantic humbug… or serving this tremendous secret.”

God opened that door to us, and now everything is different. We need to serve that difference.

The letter defines what’s at the core of that difference: we are reconciled through Christ; a fundamental relationship has been changed fundamentally. One recent translation of this passage talks about a “fresh start” and “settling relationships.” Can you feel how the words themselves are filled with excitement? Accepting that everything is different isn’t about mourning what was past, but setting out on an adventure into the future, and St. Paul is clear: we’re to include everyone in that adventure. God reached out to us through Christ, and now it’s up to us to pass Lewis’ “tremendous secret” on to others.

It’s moving forward into the what-will-be with confidence, not knowing what awaits us there, but trusting that whatever it is, we won’t be alone in facing it. God will be with us, and our community of faith will be with us. Because we’ve been reconciled to him, and through him to each other, we’re never again alone. Everything is different now.

Oddly enough (or perhaps not so oddly), this is the anniversary of that life-changing event: my mother has been with God in heaven for exactly thirty years today. And as I look back on that transition, I realize that all change, whether it’s losing something or gaining something, is a reflection of the transitions we live in our lives in Christ: the what-was we once had becoming the what-is we are living now as we wait with joyful anticipation for the what-will-be.

Or, as St. Paul assures us today: everything is different now.