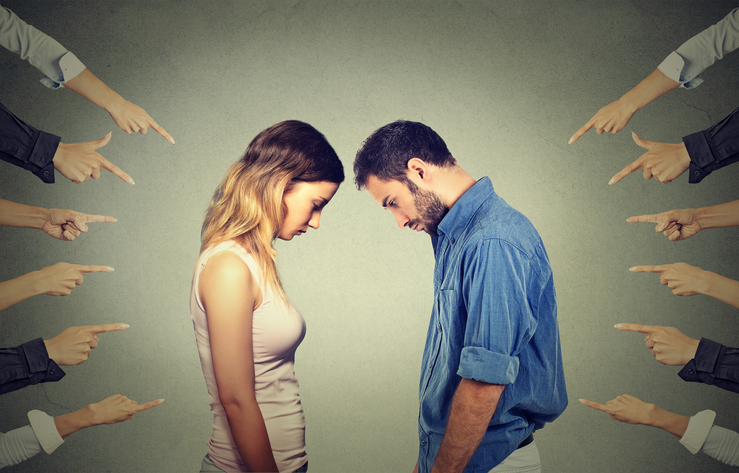 After several years of destructive behavior because of his addiction to drugs, a man changed his life. He went to 12-step meetings. He came back to the Church. He made amends to those he had hurt and reconciled with his estranged wife. When she’d left him she’d complained bitterly of his addiction: how it used up their money, hurt their children, and caused her to lose more than one job. But now, with her husband clean and sober, she found other things to complain about: he was out a lot at fellowship meetings, he was rigid about his attendance at Mass every Sunday, he constantly bought the wrong items at the store. One is left wondering if there were anything that could please her about her husband.

We all have expectations that we want other people to live up to, don’t we? From small details like putting the cap back on the toothpaste to major decisions like choosing how to raise a family, we have a strong sense of what the world “should” be like and how people “should” act. And when they don’t live up to our requirements—as inevitably happens—we complain.

Jesus knew about that tendency, and he talks about it in today’s Gospel reading. John the Baptist didn’t eat or drink, so people said he was possessed. Then Jesus came and he did eat, and he did drink, and so then they said he was a glutton and a drunkard. Wait—what? Is there anything that would have pleased the people? Any behavior they would have found acceptable?

As I said, some people are never happy.

Advent is one of the “quiet times” of the Church’s liturgical cycle. It is a time of reflection. As we prepare for the drama that unfolds every year, the coming of the Christ Child, the beginning of a new life and a new way of life, we’re asked to be mindful about what we’re doing and thinking and being.

It’s a challenge, since the commercial side of the holiday is bombarding us daily with jingle bells and cheerful Santas and the pressure to buy more, spend more, party more; it takes an effort to block all that out and be mindful of putting Jesus first. And still that’s what the Church asks of us—and more.

Because Advent is, along with Lent, a penitential season. Just as the sacrament of the Mass is preceded by the sacrament of confession, so too is the season of the Lord’s birth preceded by a season of reconciliation. Many people take this as a sign to give something up, usually something like chocolate or a favorite TV show. But today’s Gospel reading calls us to something a little deeper.

What if, this Advent, we gave up judging others?

That’s a tough one, isn’t it? From the way people dress to the way they talk or raise their kids; from their table manners to what they do on a Saturday night, we are really, really good at making judgments. People who disagree with us politically are evil. People who don’t recycle are lazy and uncaring. People on public assistance should just get a job.

There was a backstory to the man who struggled with addiction. There’s a backstory to everyone’s life-decisions, and we generally don’t know those stories, don’t know the path they took to arrive at this moment when we meet them and decide they’re doing it wrong. Over and over again the words of scripture urge us to not judge others, but we blithely ignore them and carry on. Maybe it makes us feel better about ourselves. Maybe it’s just fun to feel superior to someone else. But none of it is anything that we’re called, as Catholics, to be or to do.

So here’s a challenge for today—and for every day this Advent. Let’s give it up to God, this unholy satisfaction of judging other people. Let’s try to nip those thoughts in the bud. Let’s not be part of the generation that called John the Baptist possessed and called Jesus a glutton and a drunkard. Let’s decide to do better, to be better, than that.

Jesus is coming. This year, let’s be more intentional about our preparation. Let’s do something that will bring a smile to the Christ Child’s face. 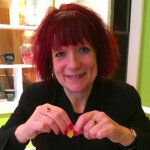 Jeannette de Beauvoir works in the digital department of Pauline Books & Media as marketing copywriter and editor. A graduate of Yale Divinity School, where she studied with Adian Kavanagh, OSB, she is particularly interested in liturgics and Church history.