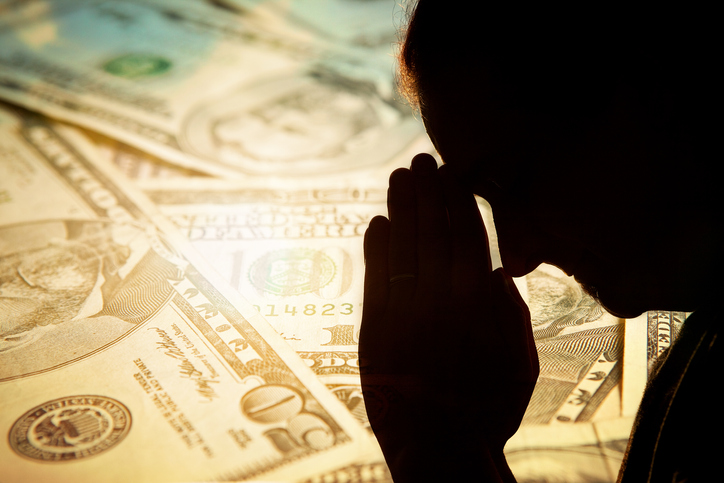 It is the feast day of St. Gaspar de Bufalo. He had an unwavering faith, much like that of Abraham in the first reading. If you are like me and not familiar with this “little man”, he is credited with the devotion to the Precious Blood of Christ and a missionary order. Like Abraham in today’s first reading, Gaspar’s faithfulness was definitely “credited to him as righteousness.”

In today’s gospel, Jesus firmly rebukes the crowd against all greed. One of the seven deadly sins, greed, is a cornerstone of idolatry, taking us away from the love and worship of God, which is clearly stated in the first commandment. Yet I cannot truthfully say that this is something that I bring to confession.

Fr. Wade Menezes, CPM wrote the following to help expand on this concept of harm to oneself.

“Let’s comb through the Church’s traditional list: for the capital sin or vice of pride, the opposite corresponding virtue is humility. For avarice (or greed), generosity. For lust, chastity. For anger, meekness. For gluttony, temperance. For envy, brotherly love. And for the vice of sloth (or acedia), there is the virtue of diligence.

But each of the seven capital sins also has an opposite “extreme” which also acts contrary to the corresponding virtue. For pride, the opposite extreme is self-loathing; for avarice (or greed), it’s wastefulness; for lust, it’s prudishness; for anger, it’s servility; for gluttony it’s deficiency; for envy its pusillanimity (i.e., cowardice or timidity); and for sloth (or acedia), it’s workaholism.

The Catechism of the Catholic Church (cf. 1866) rightly identifies the seven capital sins as sins that engender other sins and vices. In general, vices can be classified according to the virtues they oppose, and the capital sins and each one’s opposite corresponding virtue are a primary example of this truth.”

Yikes! By my ignorance, I continue to perpetuate and cause more sin! I need to examine my actions and conscience to be much more attentive to the sins I’ve perpetuated in so many ways. I go to communion to nourish myself on the journey, yet am I truly aware of the deeper meanings of Eucharist and the sacrifice that Jesus made for us? I cannot speak to this with more authority than did Henri Nouwen. He wrote:

“Celebrating the Eucharist requires that we stand in this world, accepting our co-responsibility for the evil that surrounds and pervades us. As long as we remain stuck in our complaints about the terrible times in which we live and the terrible situations we have to bear and the terrible fate we have to suffer, we can never come to contrition. And contrition can grow only out of a contrite heart. When our losses are pure fate, our gains are pure luck! Fate does not lead to contrition, nor luck to gratitude.

Indeed, the conflicts in our personal lives, as well as the conflicts on regional, national, or world scales, are our conflicts, and only by claiming responsibility for them can we move beyond them—choosing a life of forgiveness, peace, and love.”

The more frequently I receive the sacraments of reconciliation and Eucharist, the greater the need for conversion in my life. I must boldly make a choice to live out my Catholic faith in all aspects. I must act as a light in this world.

St. Francis of Assisi said, “We have been called to heal wounds, to unite what has fallen apart, and to bring home those who have lost their way.” What is your faith calling you to do? 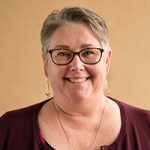 Beth is part of the customer care team at Diocesan. She brings a unique depth of experience to the group due to her time spent in education, parish ministries, sales and the service industry over the last 25 yrs. She is a practicing spiritual director as well as a Secular Franciscan (OFS). Beth is quick to offer a laugh, a prayer or smile to all she comes in contact with. Reach her here bprice@diocesan.com.