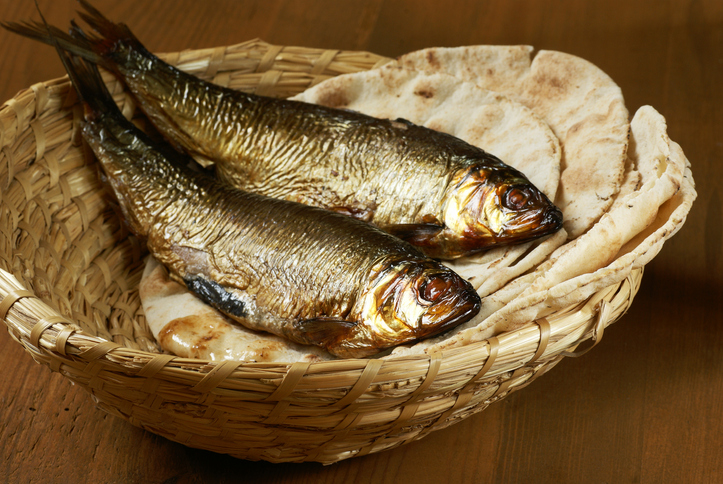 You’re probably thinking: not much, not many.

“How many loaves do you have?” Jesus asked his disciples as he looked on the thousands of people who were hungry because they had been following him for days.

Jesus is not just doing this to amaze, of course. Jesus is acting out of compassion and addressing a real need of the people who were following him to hear about the Kingdom, who would not have had enough strength to get back to their homes.

Jesus, as always, is also teaching a lesson: he wants us to participate in his saving mission by putting what we have at his disposal. Jesus did not make bread out of thin air (which he could have), nor did he distribute the bread himself. He asked his disciples to give what they had and asked them to hand out the gift. They entrusted their meager resources to the Master, and they must have been in consternation as they continued to hand it out to the people without running out!

What would have happened if the disciples had decided that they had no surplus, and kept those loaves for themselves? This would not have been unreasonable. But God calls us to act beyond reason, to act in faith.
Jesus asks each one of us to entrust our meager resources to him, knowing that God’s work is done beyond our small human abilities, reason, and calculations. We may think we do not have much to give, but when we give generously, he is able to give more generously. In fact, God does his best work when we are at the end of our capabilities and lean into him for results. And God’s results far surpass the sum total of what we give.

Let’s confidently hand him all we have – our meager loaves and little fish – and then watch what he can do.