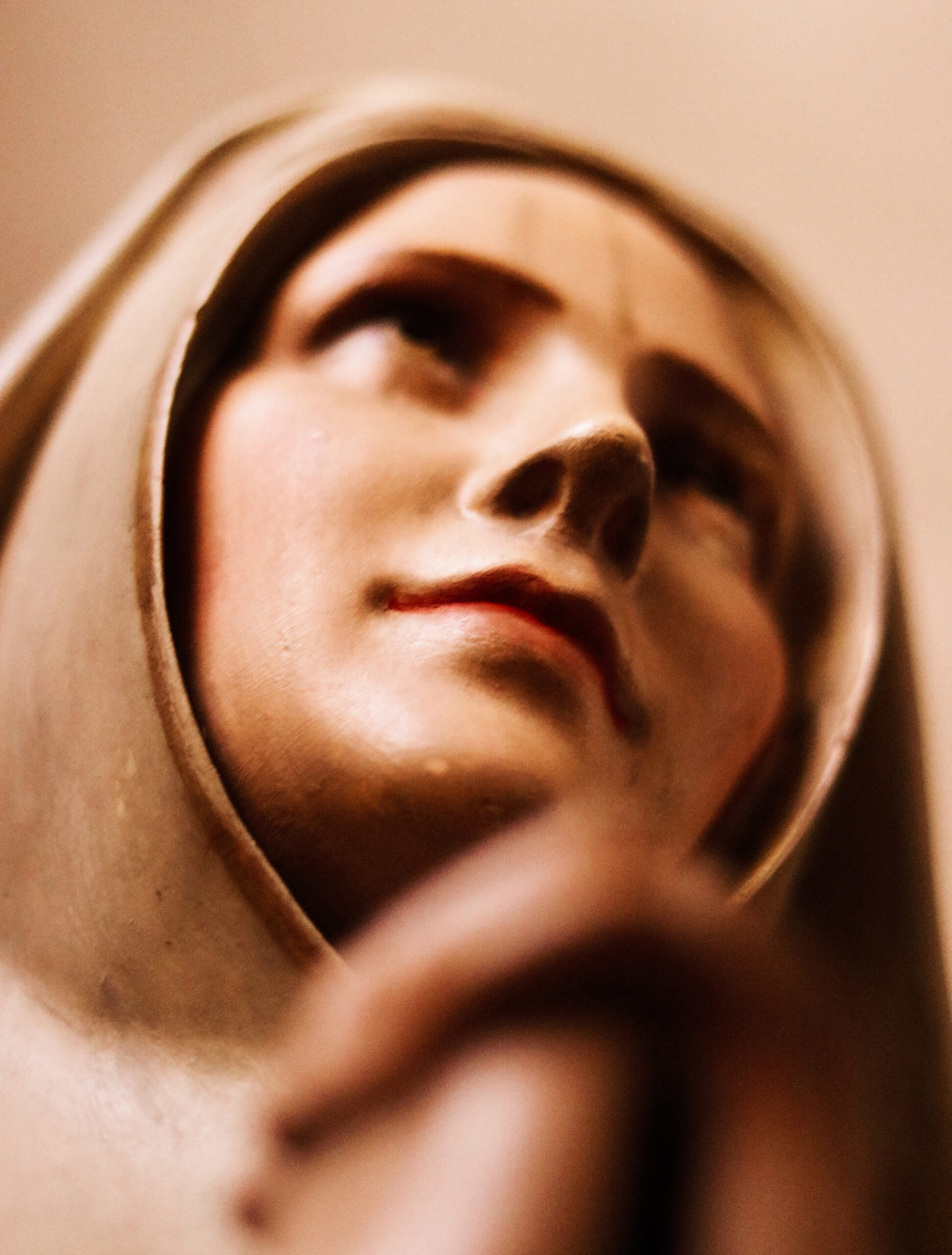 Today the Church celebrates the Memorial of the Presentation of Mary. This is not found in the Gospel, but is based on an ancient tradition that Mary was taken to the Temple in Jerusalem and dedicated to God as a child. Its place on the liturgical calendar dates back to the 6th century in the East (where it is celebrated as the Entry of the Most Holy Theotokos into the Temple, one of the Eastern Orthodoxy’s 12 Great Feasts!) and the 16th century in the West (though it had some widespread local celebrations before being included in the universal Roman Calendar in 1585).

It is interesting to note that the three feasts of the life of Jesus – Christmas, the Holy Name of Jesus, and the Presentation in the Temple – are mirrored in the three feasts of the Marian cycle: the Nativity of Mary, the Holy Name of Mary, and her Presentation in the Temple. It is this mirroring that gives us a clue as to why this celebration is significant and remains on the liturgical calendar. Mary always points to Jesus and she was the first disciple, the first Christian, the one who followed Jesus most closely. These “parallel feasts” are a reminder that Mary’s life paralleled the life of Christ her Son.

Everything that Jesus tells us to do, Mary has done in an exemplary way, and so we are encouraged to look to her, as the human being on earth who knew Jesus best and can teach us how to follow him closely. We can look to her example to learn how to “ponder in the heart,” seek first the Kingdom of God, bear the cross in the world, trust in God’s mercy and love, and keep our eyes on the eternal treasure of Heaven.

Mary’s deepest identity is BELIEVER – one who encountered the Word of God, accepted it, assented to it, and never wavered, all the way to the cross and beyond.  She is our example of complete receptivity to the Word and a ready YES to every breath, every movement of the Holy Spirit.

There is nothing that Mary does without it being undertaken by the impulse of that original and ever-active grace of the Spirit that filled her from the beginning. And so, this tradition that her parents brought her to the Temple to dedicate her to God makes sense. We can almost see her there, prompted by the Spirit to open herself wholly to the God of her people. This act of dedication would be fully realized as she grew under the gaze of the Father, seeking His Will alone, so that she could truthfully say to the angel: “I am the handmaid of the Lord.”

So, let us ask Mary, “full of grace,” to intercede for us before the Throne of Grace, that we will love and serve the Lord freely and fully as she did!