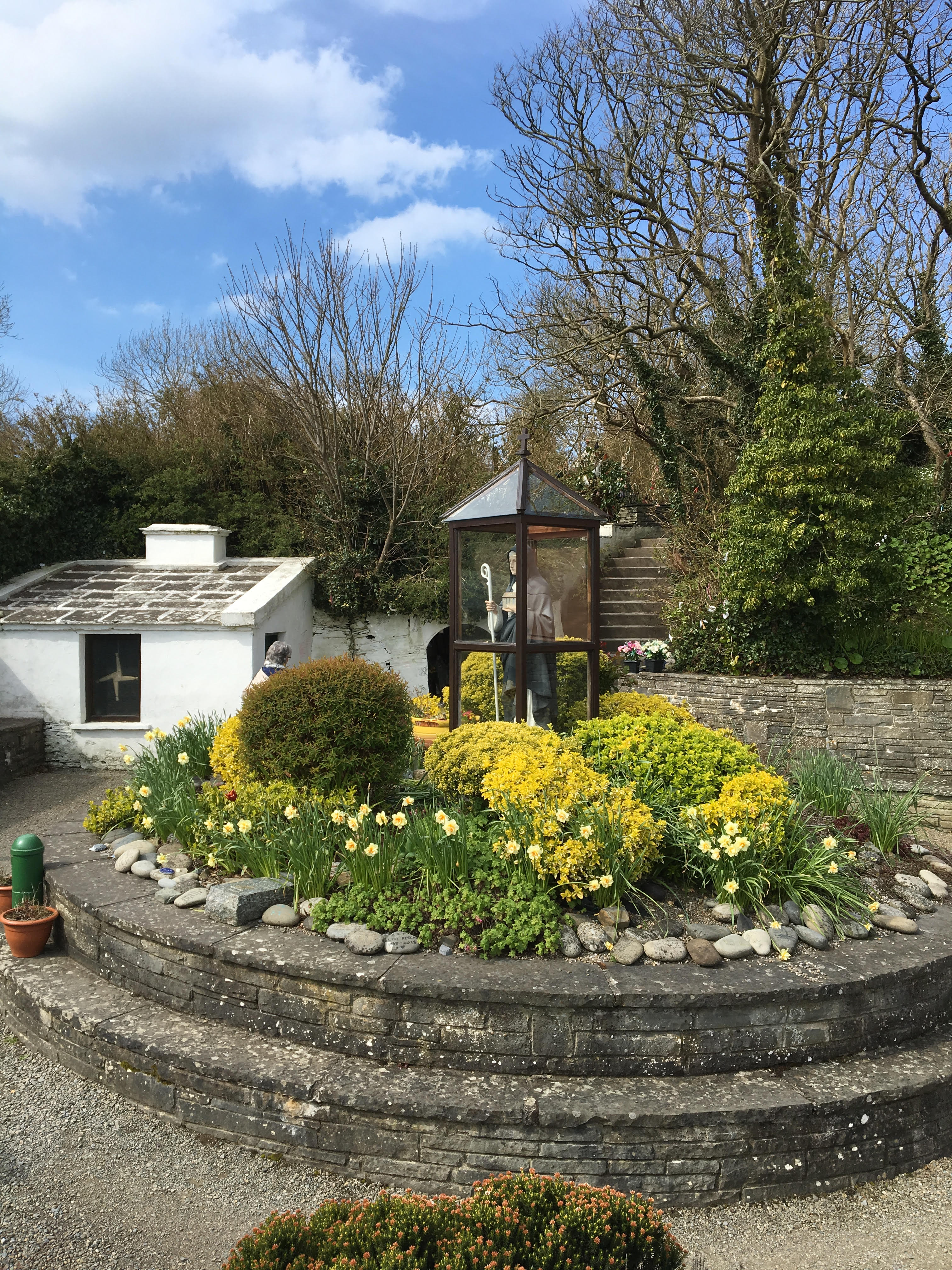 I love St Brigid!  An abbess and the only female Patron Saint of Ireland, she is also known as “Mary of the Gael” or the “Mother Saint of Ireland.”  Founder of one of the first monasteries in Ireland and whose relics shared a triple tomb, with St. Patrick and St. Columbkille in Downpatrick, Northern Ireland.

The fact that she was born in 453 and died in 523 at 70 years old was a miracle itself for the fifth century.  Her father was a Pagan, a Leinster Chieftain who sold her Christian mother and baby Brigid into slavery to a Druid.  She was returned to her father when she was ten years old where Brigid’s charitable nature soon had her donating her father’s possessions to any who needed them. Her father was not amused and tried selling Brigid to the King of Leinster.  While she was there, she gave the King’s jeweled sword to a beggar.  The King of Leinster, a Christian, convinced her Father to grant her freedom saying “Her merit before God is greater than ours.”  This same King granted her land to build Kildare Abbey (Cill-Dara or Church of the Oak) after performing her first miracle by asking him to give her as much land as her cloak would cover which billowed out over several acres.

It’s been almost four years since I was in Ireland with a wonderful group from St. Anthony’s in Grand Rapids.  Visiting one of St Brigid’s wells was not on our itinerary, but our driver and tour guide happily obliged.  This well, south of the Cliffs of Moher, left me awestruck as I comprehended what I was seeing.  The Druid tree or fairy tree is adorned with bits of paper and ribbon filled with prayers and intentions. The well and grotto are filled with photos and rosaries of loved ones in need of healing and the random clotheslines are filled with billowing sheets blowing into the small cemetery behind it.  This little roadside gem was a homage of her life from Pagan roots to Druid slave, from Abbess to Saint.  This is a timeless place, a natural shrine of devotion and faith of her culture.

From spiritual obscurity to beloved Saint, Brigid of Kildare continues to comfort and inspire all of us on our personal spiritual journeys. 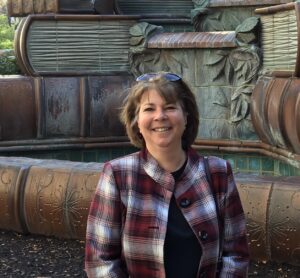 Kay Kunz is the Accounts Manager at Diocesan.  She is a mother of two and grandmother of five.  Living on her family’s centennial farm surrounded by nature, creatures great and small, wild and tame, Kay and her husband are in perpetual restoration mode.  When she is not crunching numbers or helping churches with bookkeeping issues, you’ll more than likely find her curled up with a book and a cup of coffee.  Inspired by St. Brigid of Kildare, not just because she is the patron saint of chicken farmers and turning water into beer, but her simple pastoral life of finding peace in nature.