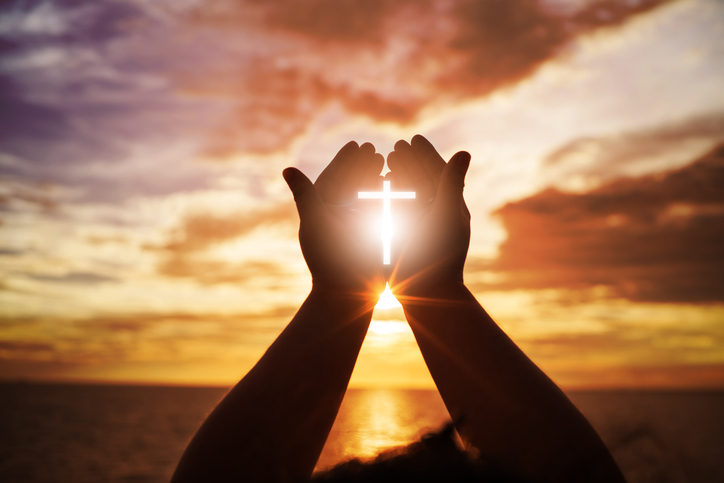 Pope Francis appears to to be pretty concerned with something called “Pelagianism.” He has made multiple references to it throughout his pontificate, including his new Apostolic Exhortation Gaudete et Exsultate, and recently the Congregation for the Doctrine of the Faith released a document specifically addressing Pelagianism in the Church today. Pelagianism is a 4th century heresy, a false teaching taught by an Irish monk named, you guessed it, Pelagius. And Pope Francis says that this heresy still plagues the Church today.

Pelagianism is a heresy that concerns the role of grace in our salvation and sanctification, in how we become holy. In his recent exhortation the pope describes Pelagianism this way:

“Those who yield to this pelagian or semi-pelagian mindset, even though they speak warmly of God’s grace, “ultimately trust only in their own powers and feel superior to others because they observe certain rules or remain intransigently faithful to a particular Catholic style”….The result is a self-centred and elitist complacency, bereft of true love. This finds expression in a variety of apparently unconnected ways of thinking and acting: an obsession with the law, an absorption with social and political advantages, a punctilious concern for the Church’s liturgy, doctrine and prestige, a vanity about the ability to manage practical matters, and an excessive concern with programmes of self-help and personal fulfilment. Some Christians spend their time and energy on these things, rather than letting themselves be led by the Spirit in the way of love, rather than being passionate about communicating the beauty and the joy of the Gospel and seeking out the lost among the immense crowds that thirst for Christ” (GE 49,57)

In other words, this new Pelagianism concerns the false idea that a person can earn their own salvation, metaphorically pulling themselves up by their own bootstraps. It denies that grace is necessary for sanctification and basically asserts that people are endowed with the ability to live a virtuous, sinless life, and they aren’t dependent upon God to live a life of holiness or to be saved. This also easily leads to a Phariseeism that says, “I live a virtuous life and obey the law, so if you aren’t doing that clearly you’re just more lazy or ignorant than I am.”  However, like the Pelagianism of old, this new Pelagianism is a heresy.

So what does the Church teach about grace and salvation? That answer can be found in the first reading at Mass today. Writing to Timothy, St. Paul says:

“He saved us and called us to a holy life, not according to our works but according to his own design and the grace bestowed on us in Christ Jesus before time began, but now made manifest through the appearance of our savior Christ Jesus, who destroyed death and brought life and immortality to light through the Gospel, for which I was appointed preacher and Apostle and teacher.”

The process of sanctification, that is, the process of God making us like himself, is entirely initiated by God. Salvation is a total gift that we do not deserve and cannot earn. Pope Francis puts it this way, “The Church has repeatedly taught that we are justified not by our own works or efforts, but by the grace of the Lord, who always takes the initiative” (GE 52). God always acts first. He acts and then invites us to respond. This is the story of Israel in the Old Testament, God freed them from slavery in Egypt first before inviting them to respond by following the Ten Commandments. He didn’t free his people because they deserved it.

However, as St. James says, “faith of itself, if it does not have works, is dead” (James 2:17). So we must actually respond to God in concrete ways, we must cooperate with grace. We cooperate with grace by freely loving others. Again, the pope says:

“Only on the basis of God’s gift, freely accepted and humbly received, can we cooperate by our own efforts in our progressive transformation. We must first belong to God, offering ourselves to him who was there first, and entrusting to him our abilities, our efforts, our struggle against evil and our creativity, so that his free gift may grow and develop within us….For that matter, the Church has always taught that charity alone makes growth in the life of grace possible, for ‘if I do not have love, I am nothing’” (GE 56).

Love, willing the good of someone else no matter what it may cost me, is the way we accept the gift of grace  that God offers us. As St. Paul says, “For the whole law is fulfilled in one statement, namely, ‘You shall love your neighbor as yourself’” (Gal 5:14). That is one of the sinister results of Pelagianism, a lack of love. For if I think that I have made myself holy than I build myself a little pedestal to stand on which I can look down and judge others from. Pope Francis is concerned with Pelagianism because it quickly makes us Pharisees instead of disciples.

So let’s listen to that first reading at Mass today and pray both for more of the grace necessary for God to make us holy and for more humility to see ourselves as entirely dependent on God. For it would be wrong for us to read this article and think about all the people we know who are Pelagians. Instead we should read this as an examination of conscience. As Pope Francis says at the end of his discussion on this heresy:

“May the Lord set the Church free from these new forms of gnosticism..that weigh her down and block her progress along the path to holiness! These aberrations take various shapes, according to the temperament and character of each person. So I encourage everyone to reflect and discern before God whether they may be present in their lives” (GE 62). 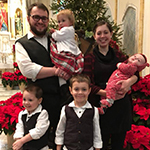 Paul Fahey is a husband, father, and a parish director of religious education. If you like what he has to say, read his work at Where Peter Is, check out his blog, The Porch, or follow him on Facebook.